UVA Today • Anne Bromley • May 03, 2021 The Maxine Platzer Lynn Women’s Center at the University of Virginia has been challenging stereotypes …

Earlier this year, with indoor gatherings severely restricted by the COVID-19 pandemic, the University of Virginia community flocked to outdoor spaces, studying and socializing on the terraces of the Lawn, the steps of McIntire Amphitheatre or the Mad Bowl field.

One local artist gave them something spectacular to look at. Partnering with UVA Arts, the Office of the Provost and Vice Provost for the Arts and the Division of Student Affairs, Charlottesville artist Jeff Dobrow put on several projection mapping light shows, covering four of UVA’s iconic buildings in a wash of color, movement and music. Organizers hoped the project, called “Brighter Together,” would be a literal and figurative bright spot, lifting spirits and reducing stress during a tough time.

The shows began in late March and ran through Final Exercises in May, with displays custom-designed for the façades of the UVA Chapel, the Rotunda, Old Cabell Hall and McIntire Amphitheatre. Each show began at dusk and played on a loop for several hours, giving students and community members plenty of time to stop by and enjoy the lights. Look back at some of our favorite photos of the light shows. 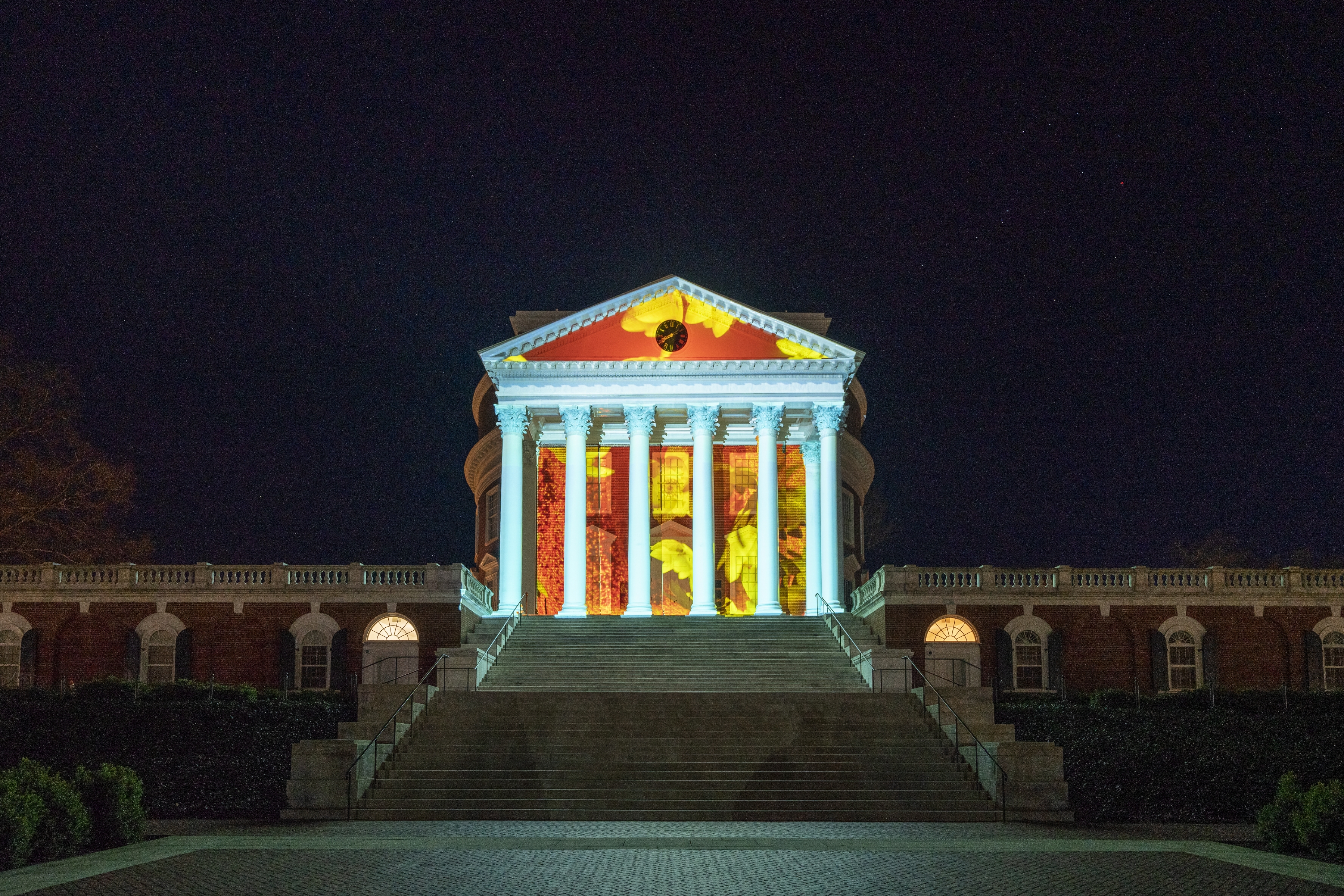 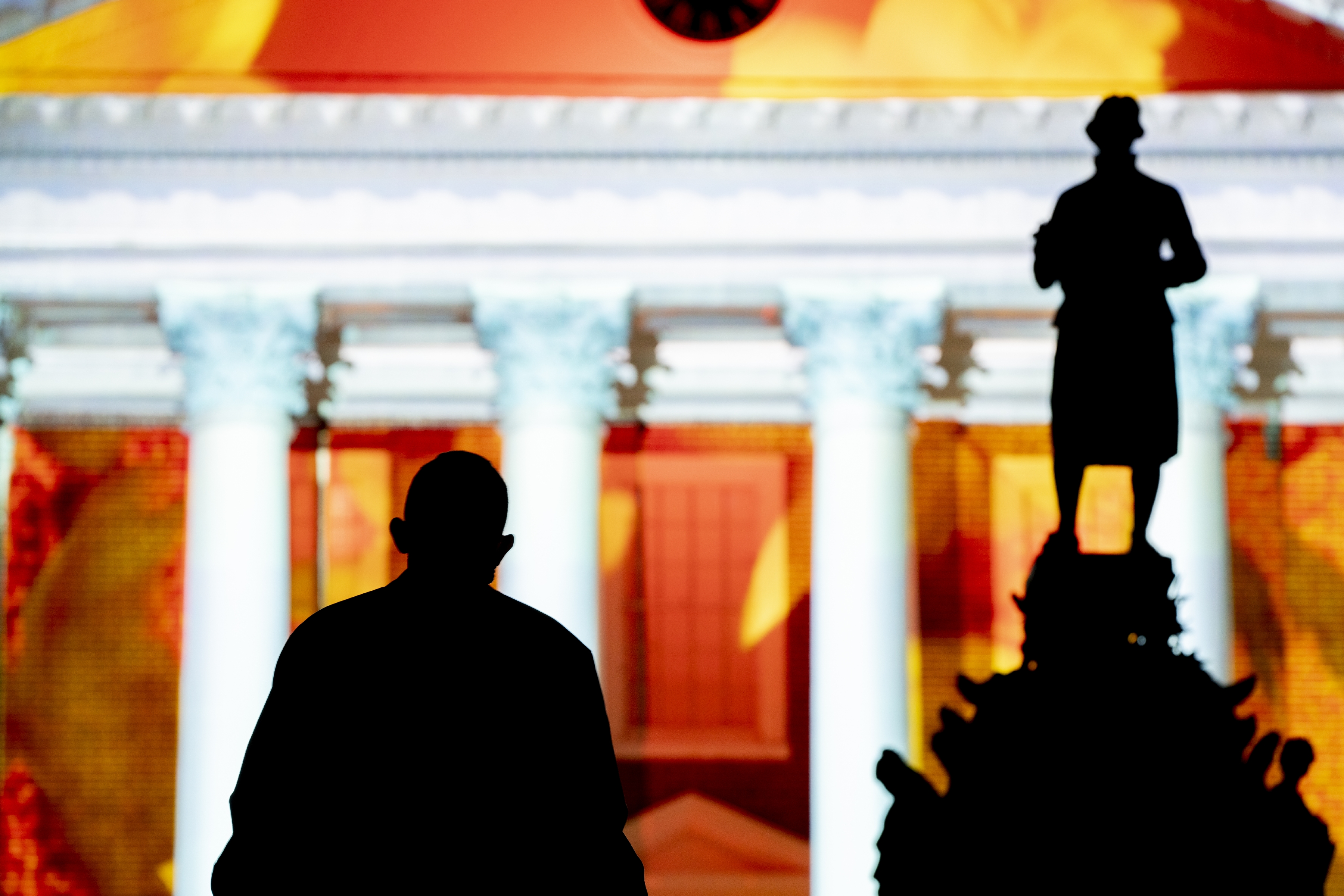 A spectator and a statue of Thomas Jefferson stand silhouetted against the Rotunda show. (Photo by Sanjay Suchak, University Communications) 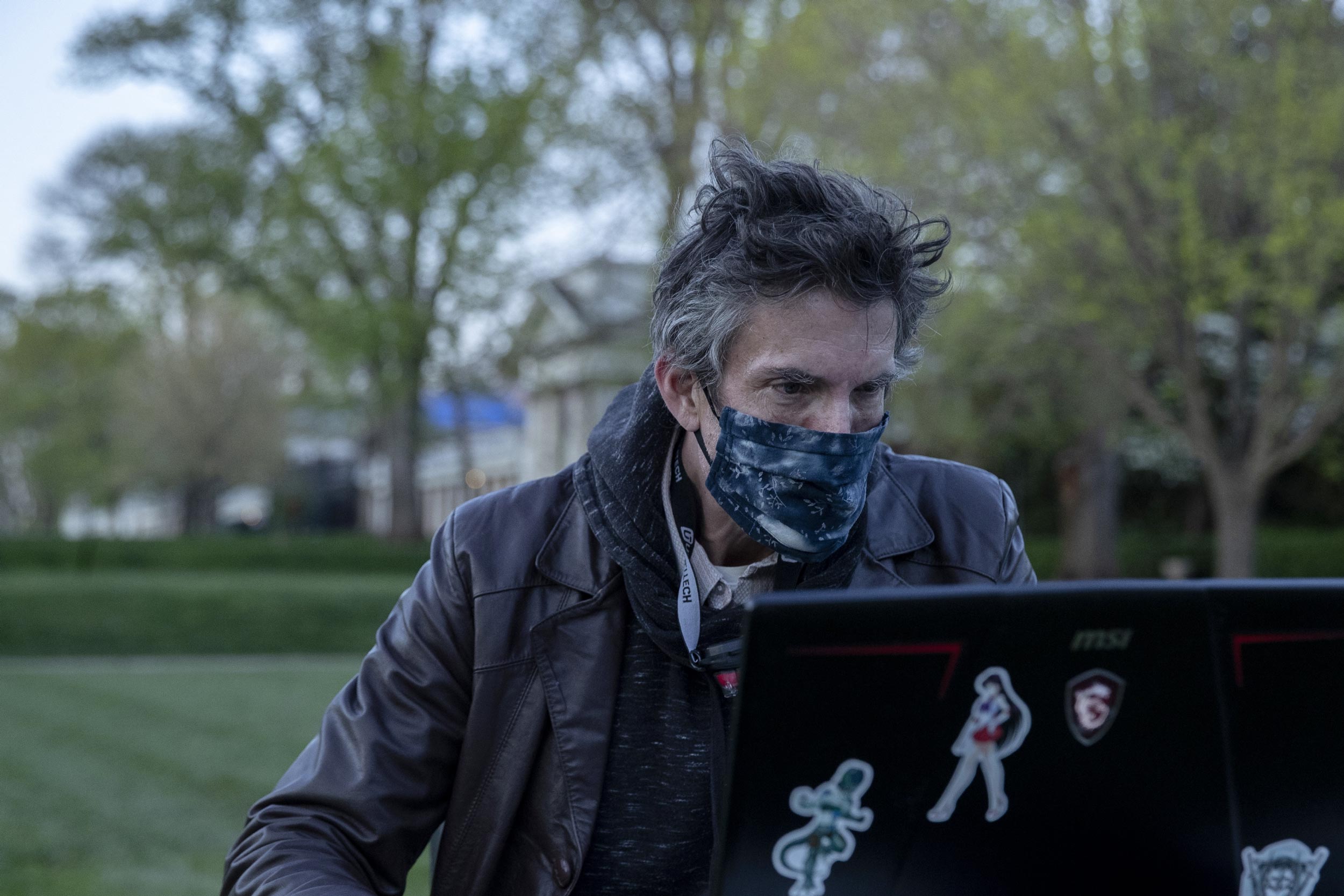 Artist Jeff Dobrow sets up the show at Old Cabell Hall. Dobrow’s colorful, dynamic shows have danced across many local buildings and parks, including IX Art Park, Monticello and sites on the Downtown Mall. (Photo by Dan Addison, University Communications) 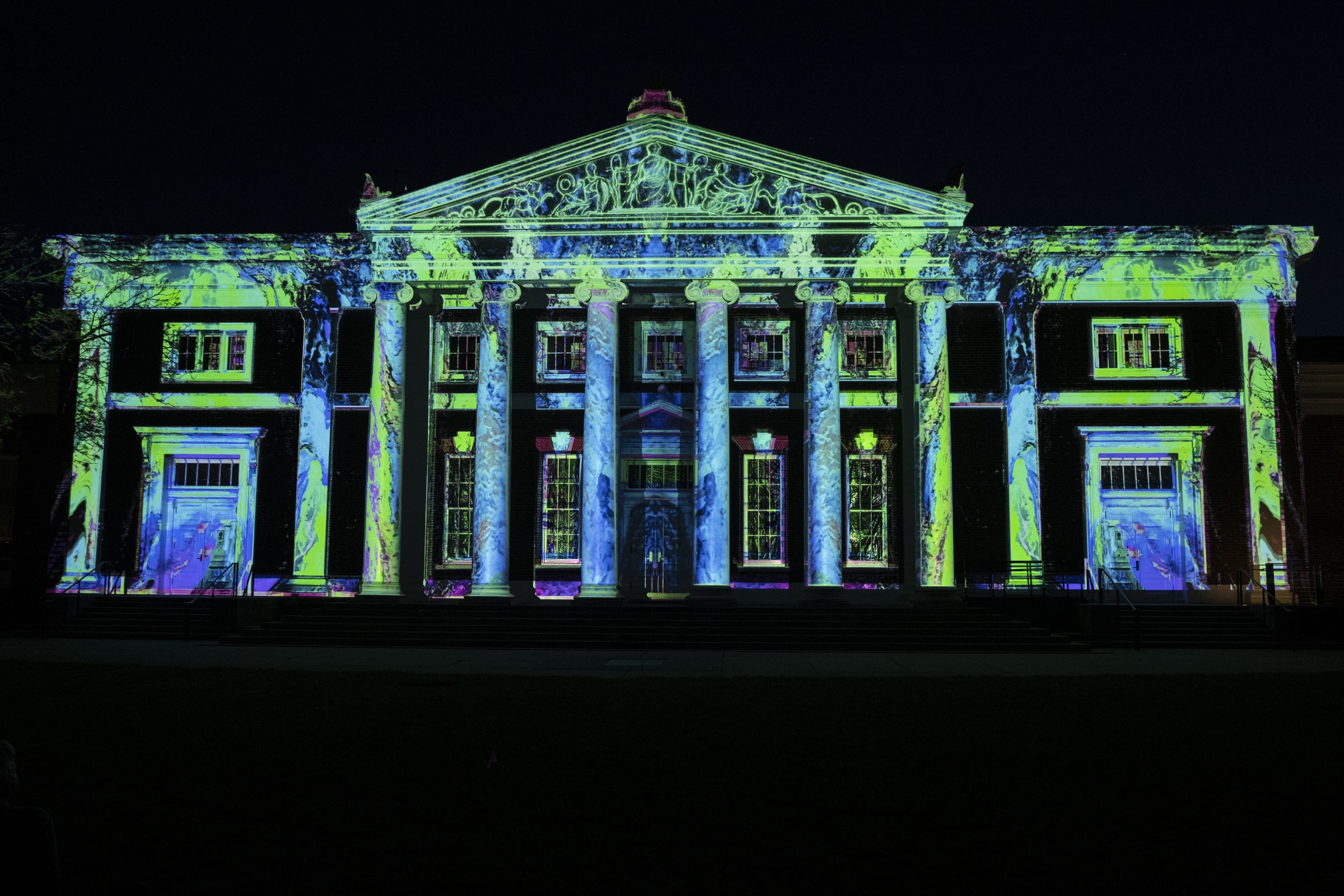 Dobrow made the most of the columns and architectural details on Old Cabell Hall’s façade. (Photo by Dan Addison, University Communications) 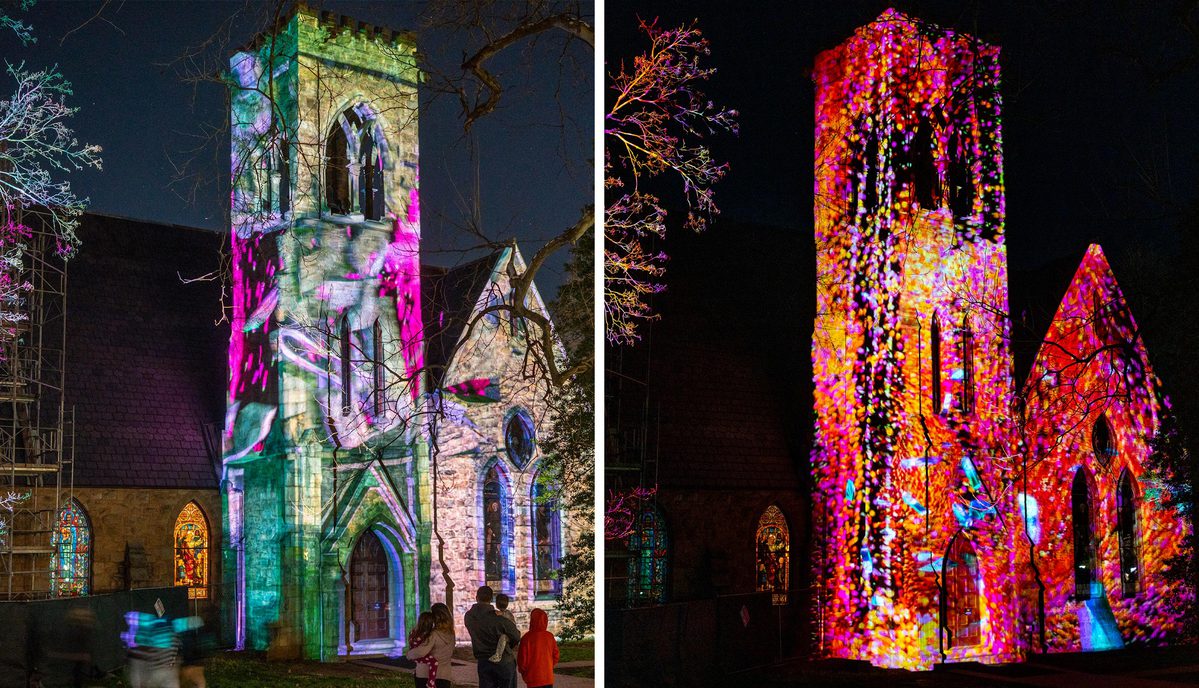 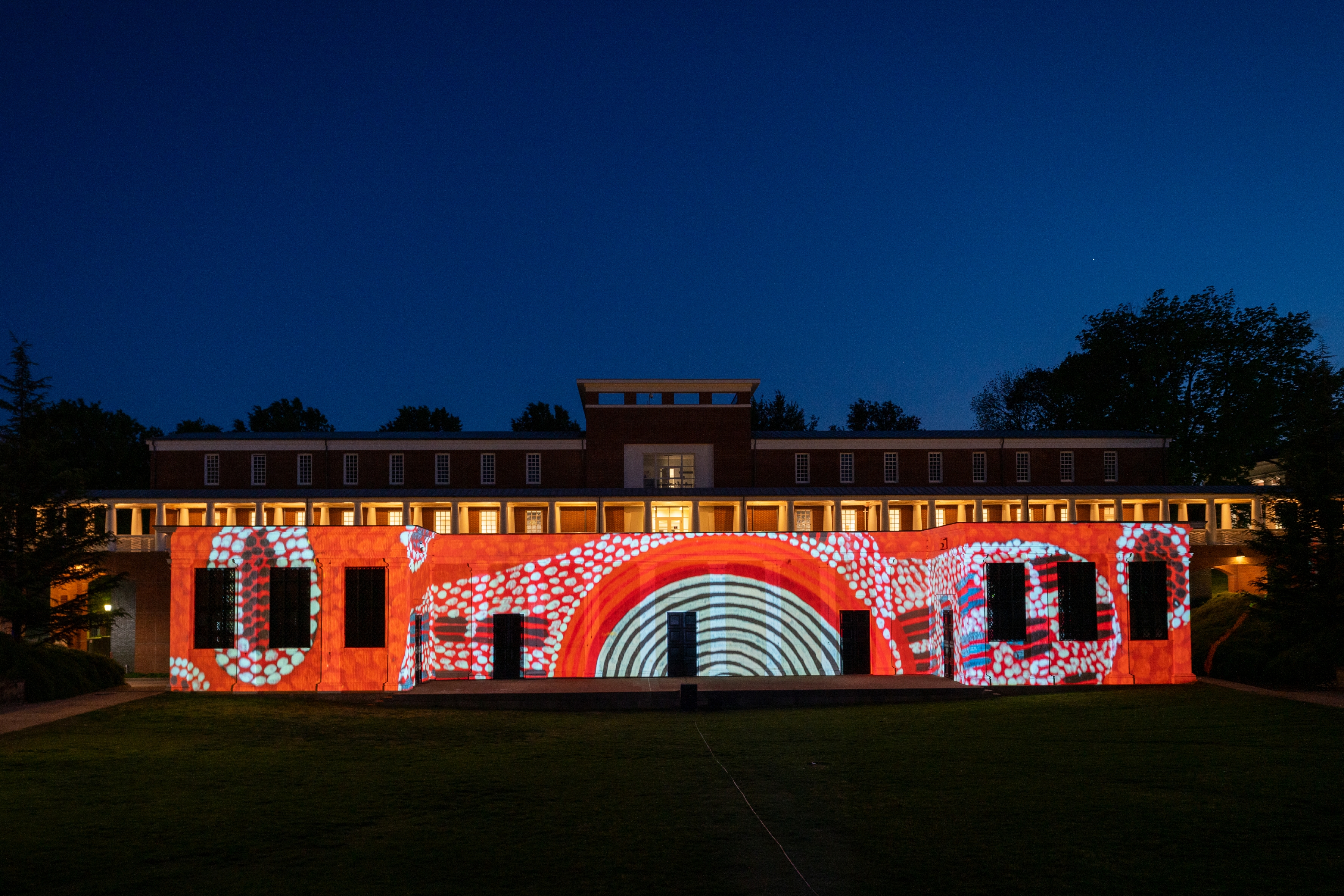 The McIntire Amphitheatre show was a partnership with the Kluge-Ruhe Aboriginal Art Collection of UVA, with images based on patterns from works by Indigenous Australian artists. (Photo by Sanjay Suchak, University Communications) 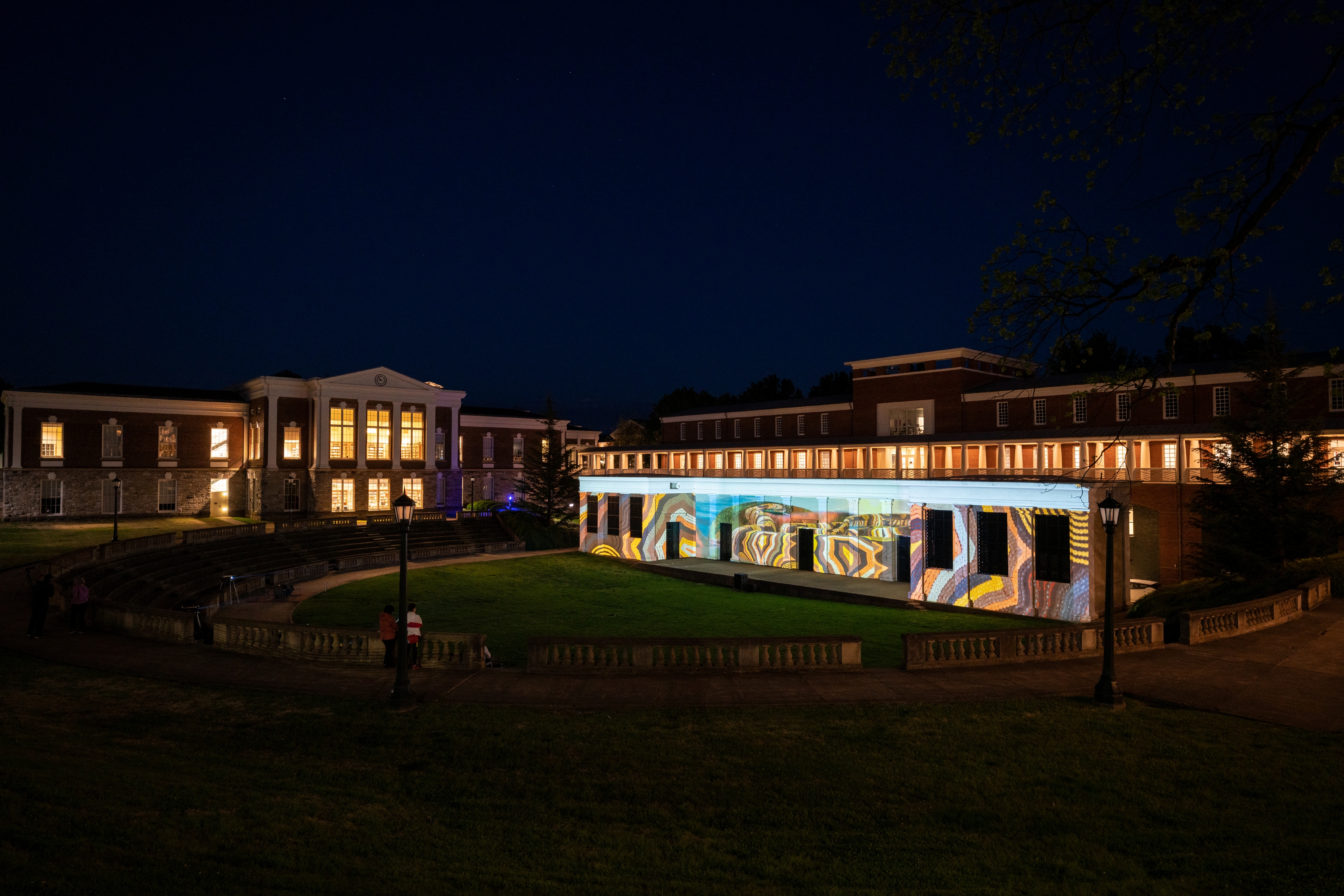 Kluge-Ruhe is the only museum outside of Australia dedicated to the exhibition and study of Indigenous Australian art and culture. (Photo by Sanjay Suchak, University Communications)
Close X