The 2019 Virginia Film Festival wrapped this weekend, as festival-goers enjoyed more than 150 films and a robust selection of …

The 2019 Virginia Film Festival wrapped this weekend, as festival-goers enjoyed more than 150 films and a robust selection of post-screening discussions, panels and other events.

The festival – a program of the University of Virginia and its Office of the Provost and Vice Provost for the Arts – kicked off Wednesday with early Oscar contender “Just Mercy” and concluded Sunday with the closing night film, “Two Popes,” starring Anthony Hopkins and Jonathan Pryce as Pope Benedict and Pope Francis.

Take a look at just a few of the highlights. 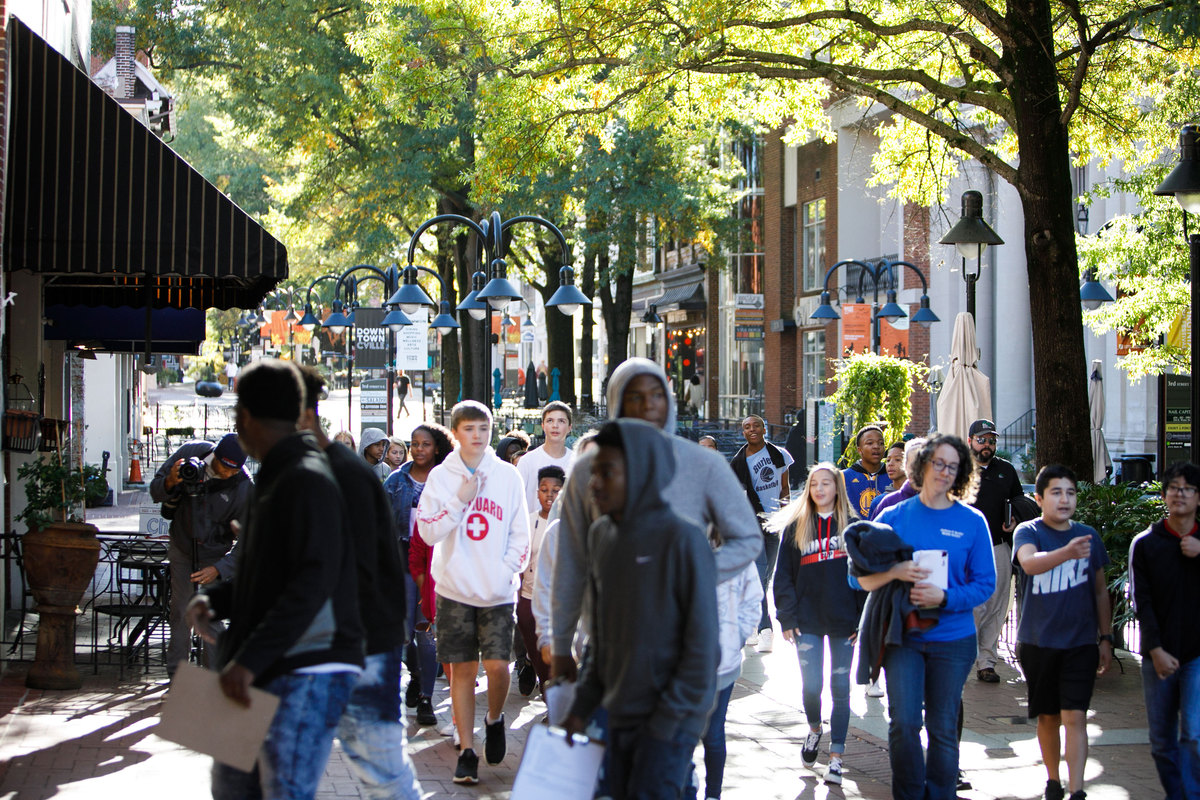 The festival kicked off early Wednesday as more than 500 local high school and middle school students filed into The Paramount Theater for a special screening of the HBO documentary “True Justice: Bryan Stevenson’s Fight for Equality.” The documentary tracks lawyer and Equal Justice Initiative founder Bryan Stevenson’s work helping those forgotten or wrongfully condemned by the justice system. 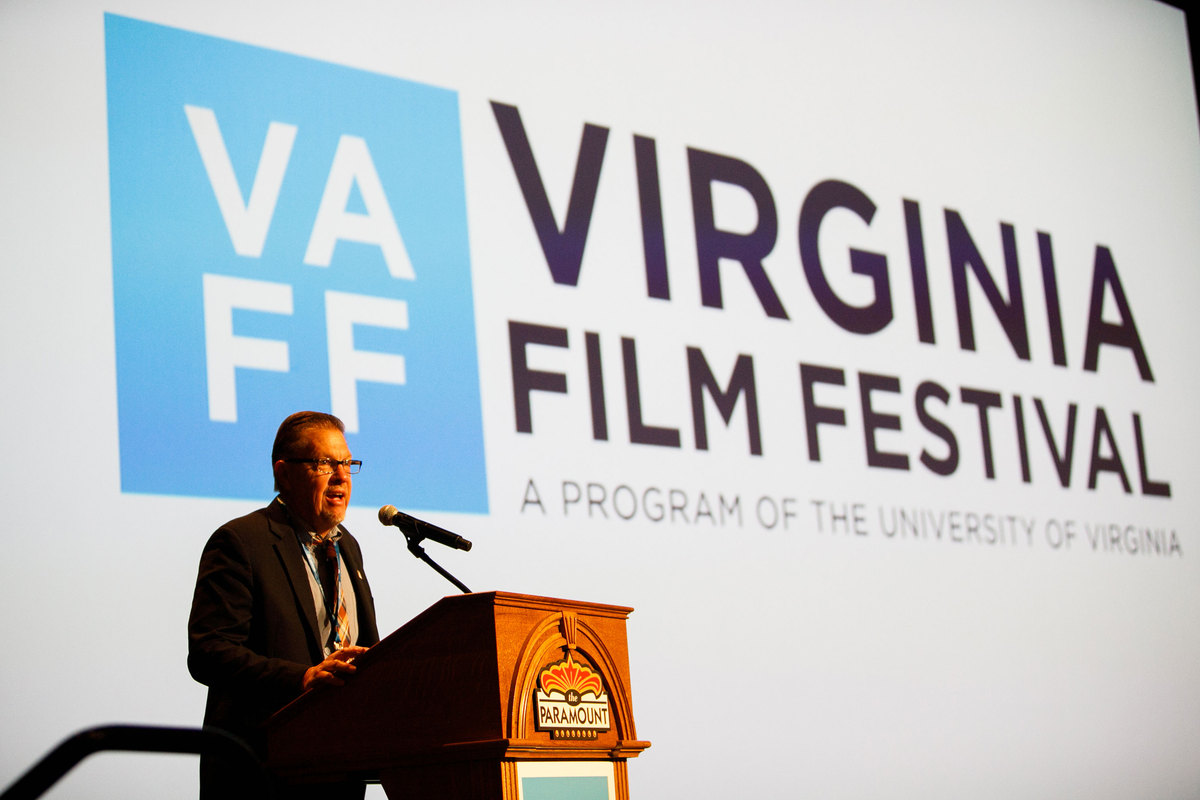 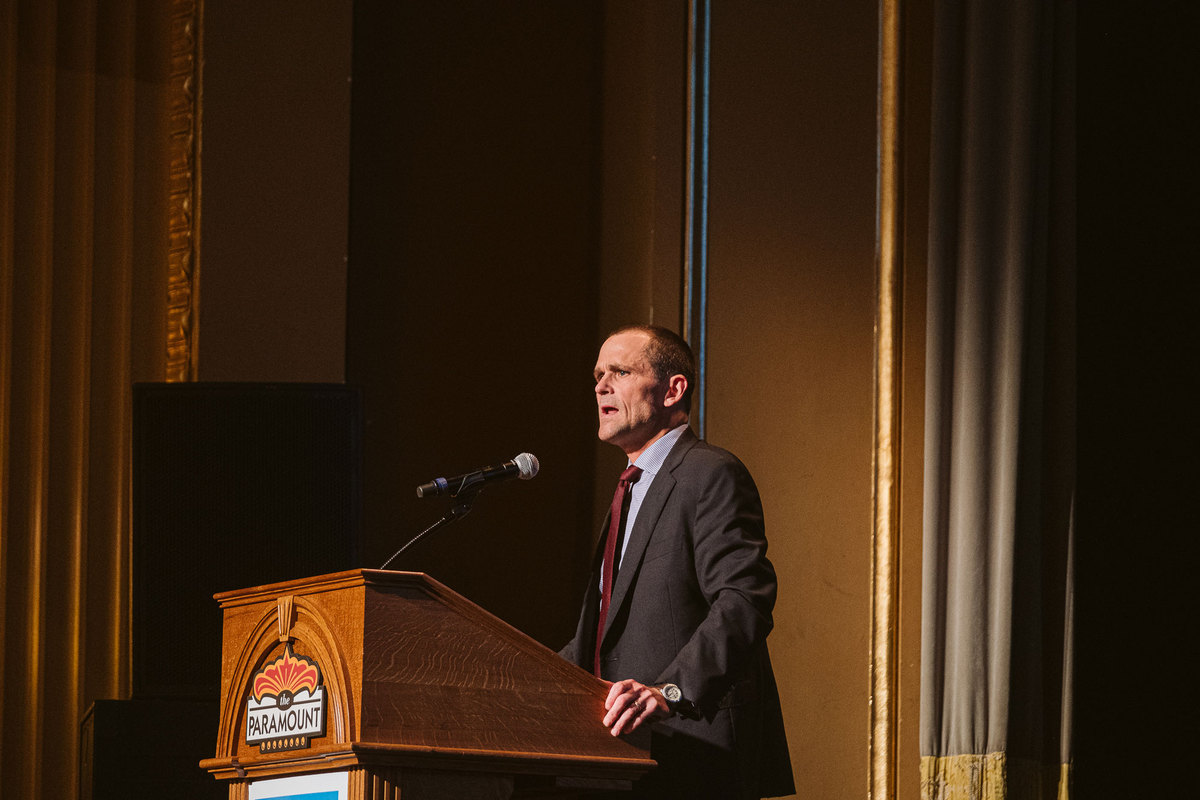 UVA President Jim Ryan introduced “Just Mercy,” which stars Michael B. Jordan as Stevenson and Jamie Foxx as Walter McMillian, a Monroeville, Alabama, man wrongfully condemned to death row. Ryan – who graduated from UVA’s School of Law and served on its faculty for 15 years – called Stevenson one of his heroes. 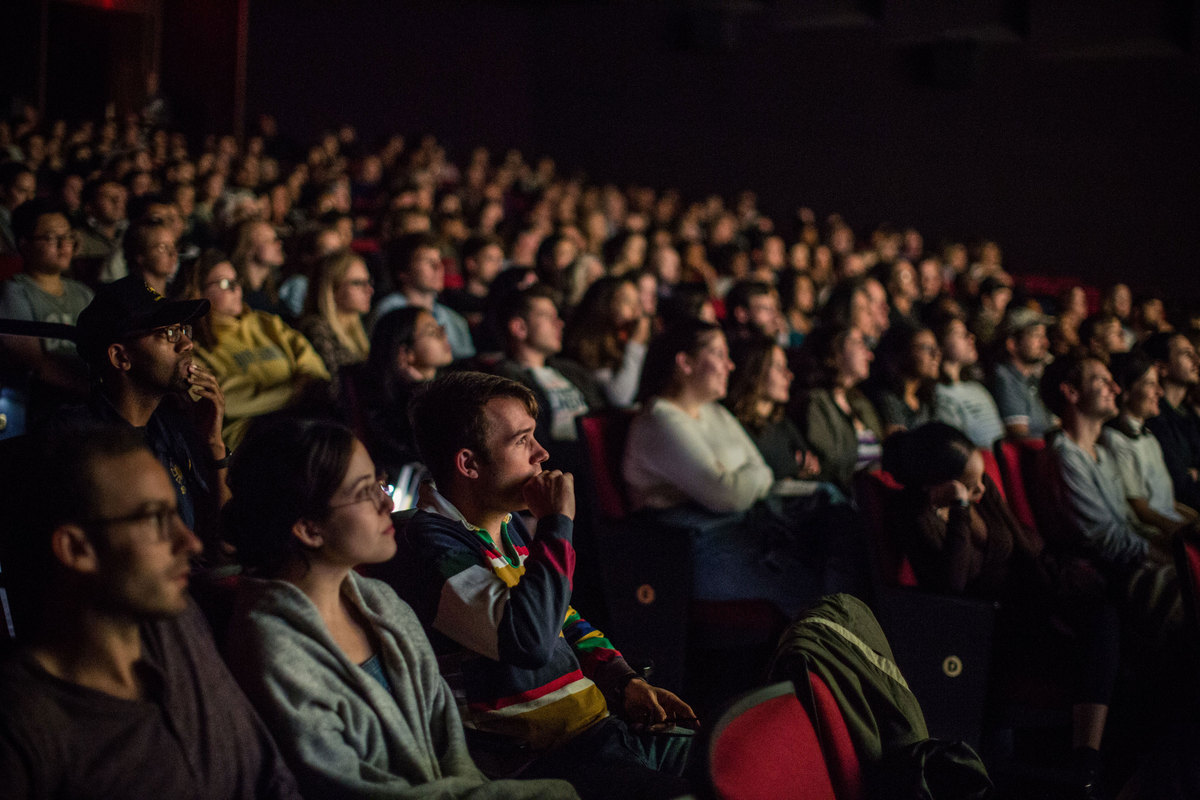 Big crowds were on hand all weekend, and there was plenty of opportunity for smaller discussion groups as well, as filmmakers sat down with panelists and UVA faculty members to share the inspiration behind their work. 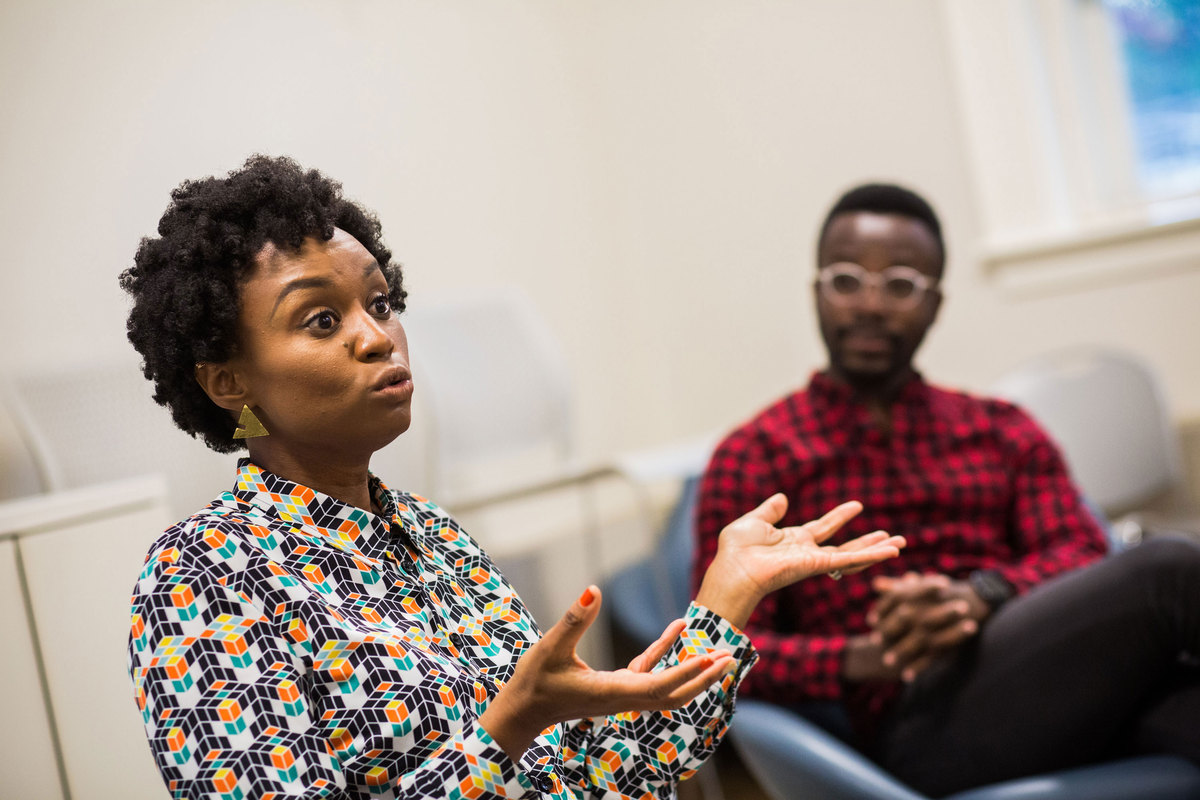 Guest artists included Wanuri Kahiu, shown here at left, an award-winning filmmaker who flew in from Kenya to present her film, “Rafiki,” on Saturday. Kahiu is a leader in the “Afrobubblegum movement,” a genre expanding on-screen depictions of Africa and opposing stereotypes of the continent. 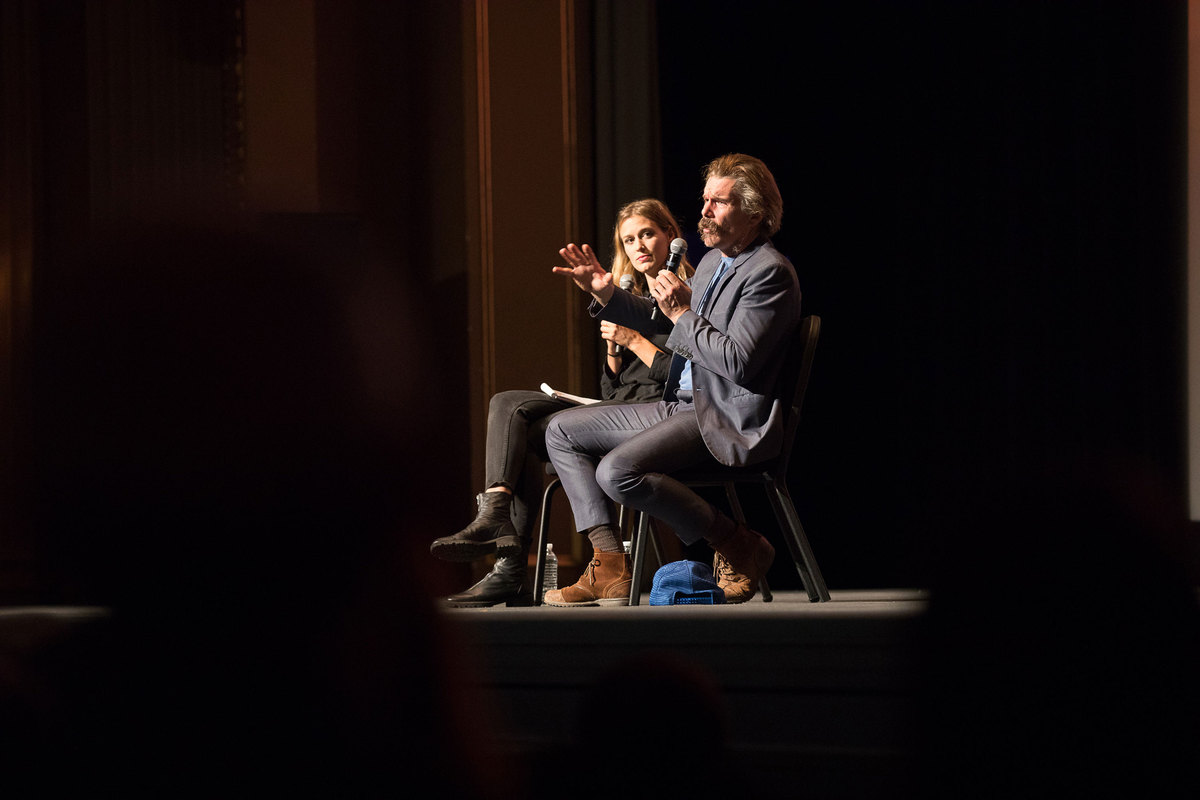 Ethan Hawke took the stage Saturday at The Paramount Theater for a conversation about his career following a screening of “Before the Devil Knows You’re Dead,” joined by Elizabeth Flock of “PBS NewsHour.” 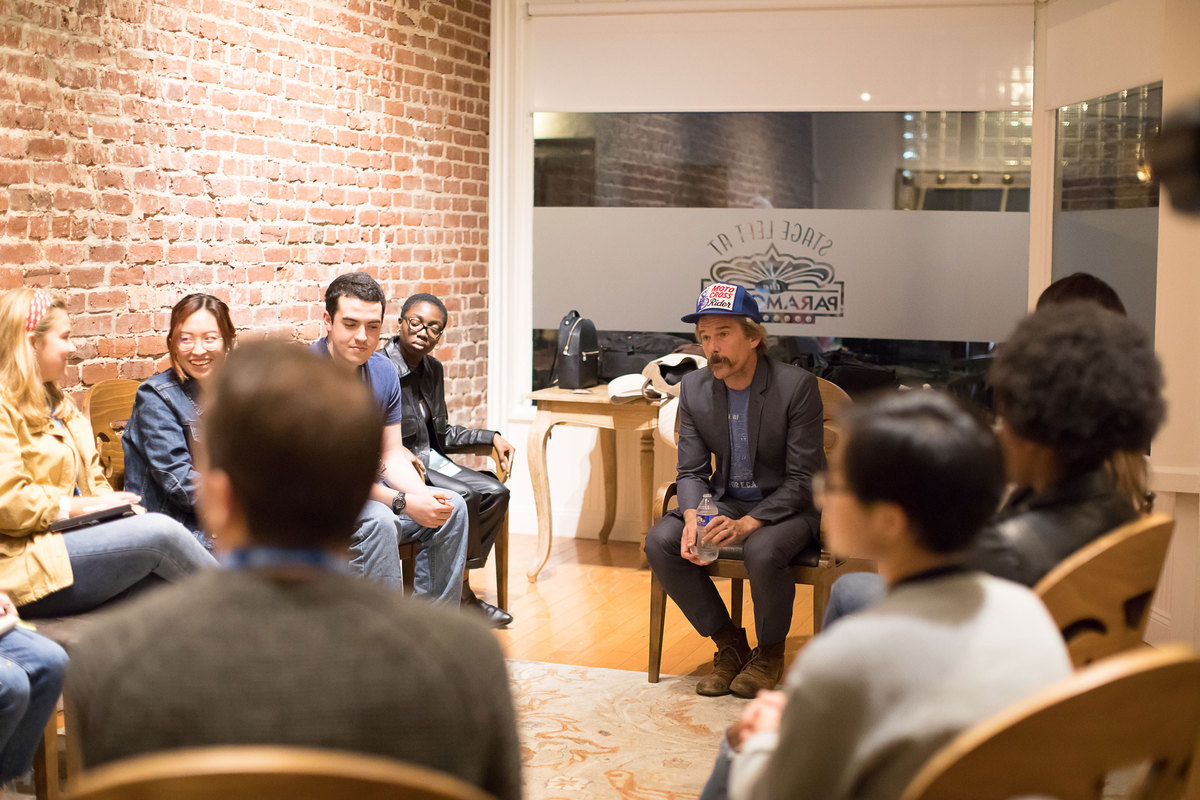 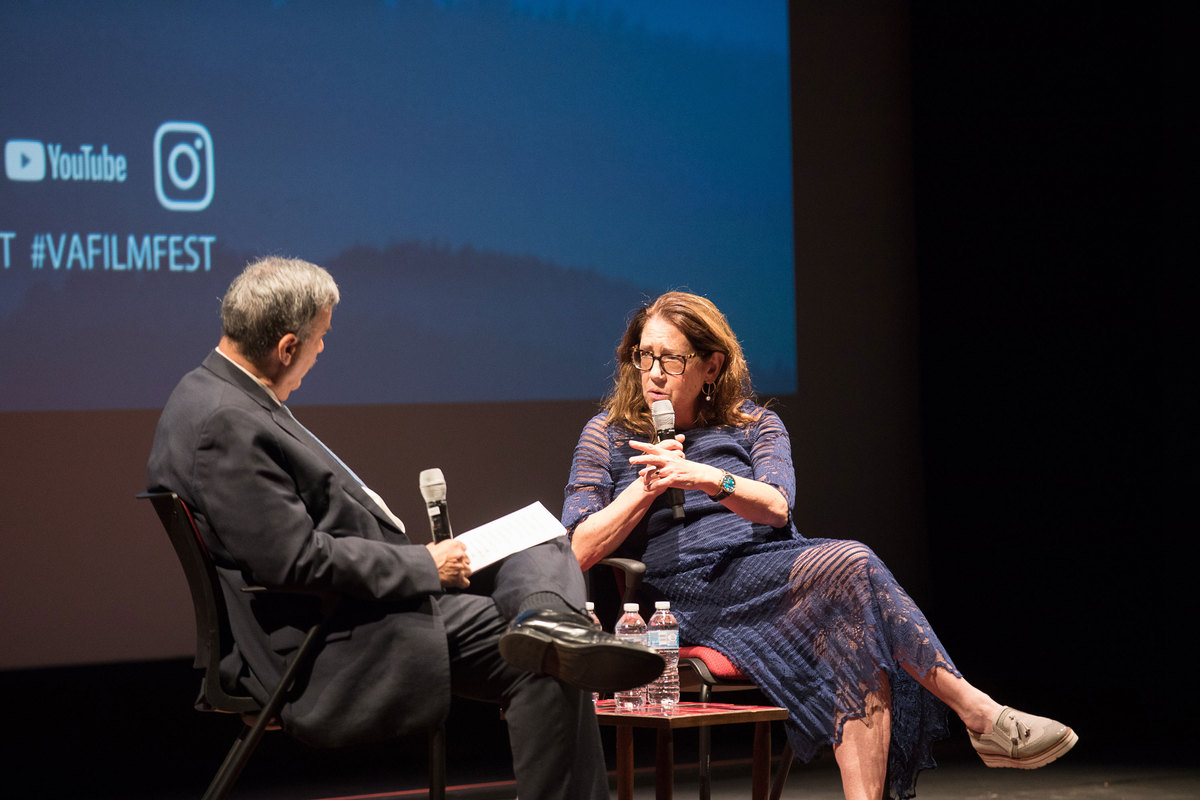 UVA Center for Politics Director Larry Sabato was one of many UVA faculty members who participated in post-screening discussions, appearing here with Emmy Award-winning actor Ann Dowd of “The Handmaid’s Tale.” Dowd narrated “Dismantling Democracy,” a documentary co-produced by the Center for Politics about challenges facing democracies around the world over the past two decades. 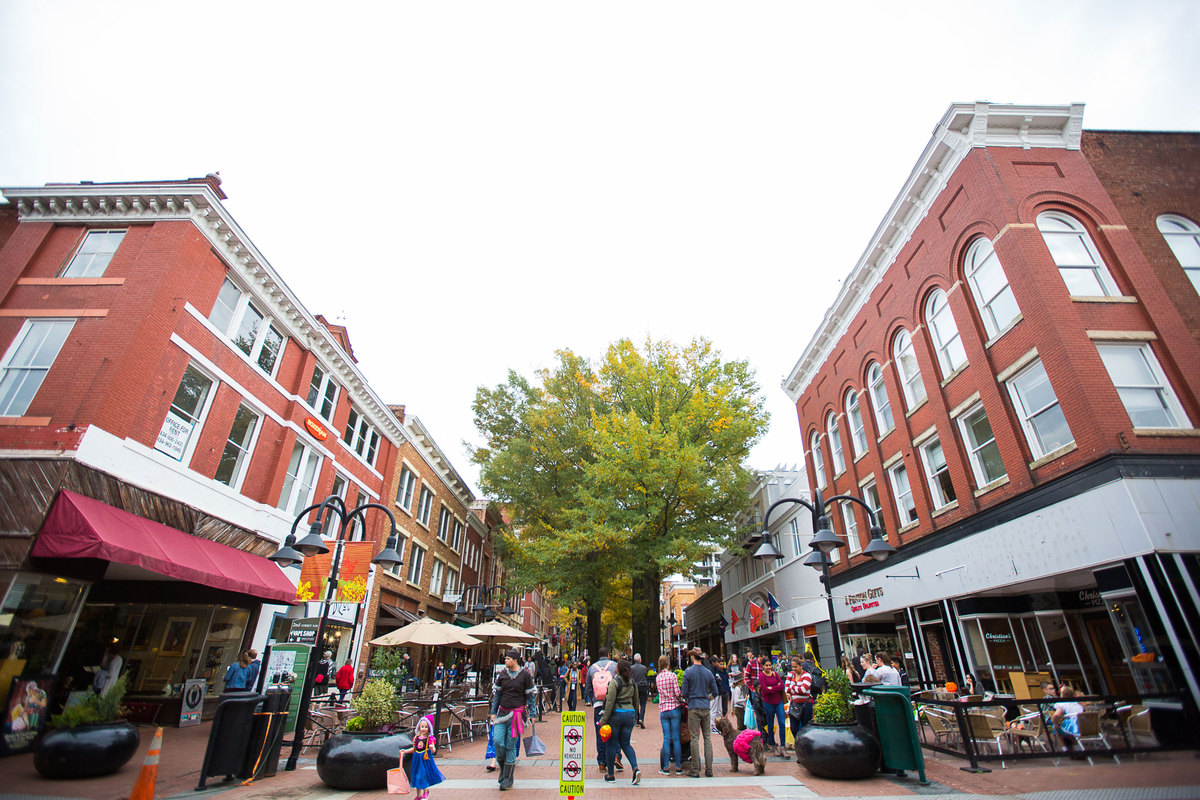 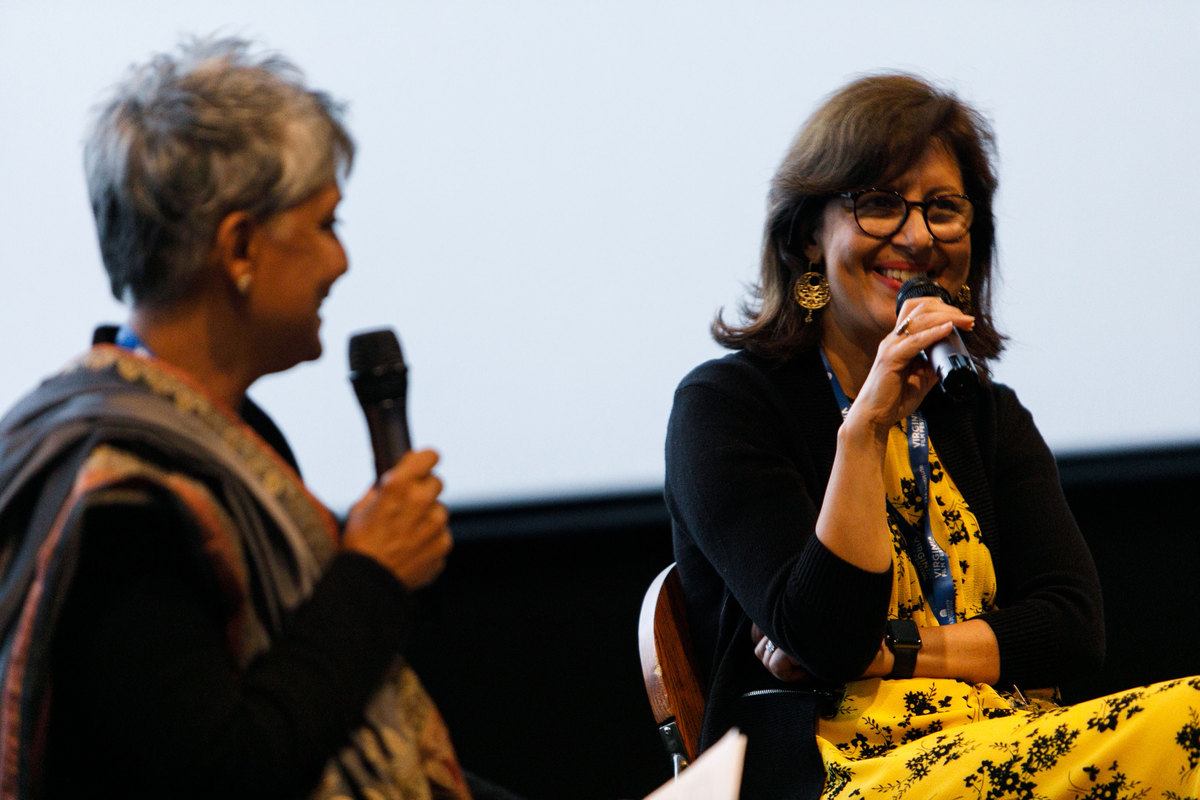 Geeta Patel, a professor in UVA’s Department of Middle Eastern and South Asian Languages and Cultures, joined director Shelly Chopra Dhar, right, after “Ek Ladki Ko Dekha toh Aisa Laga (How I Felt When I Saw That Girl).” The Hindi-language film was part of the Middle Eastern and South Asian Film series, supported by the department and the UVA Institute of the Humanities and Global Cultures. 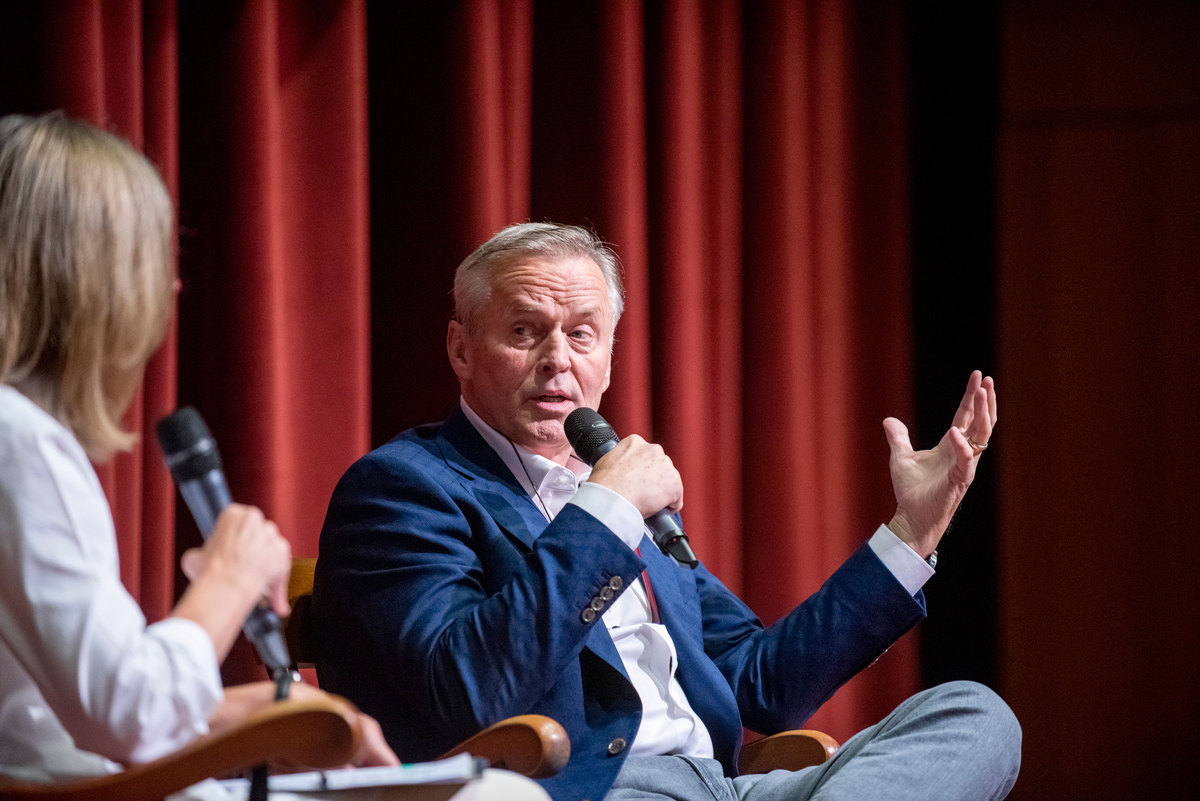 Author John Grisham, a Central Virginia resident, was on hand as well, taking the stage after a screening of “The Client,” based on his bestselling novel. The screening marked the film’s 25th anniversary this year. 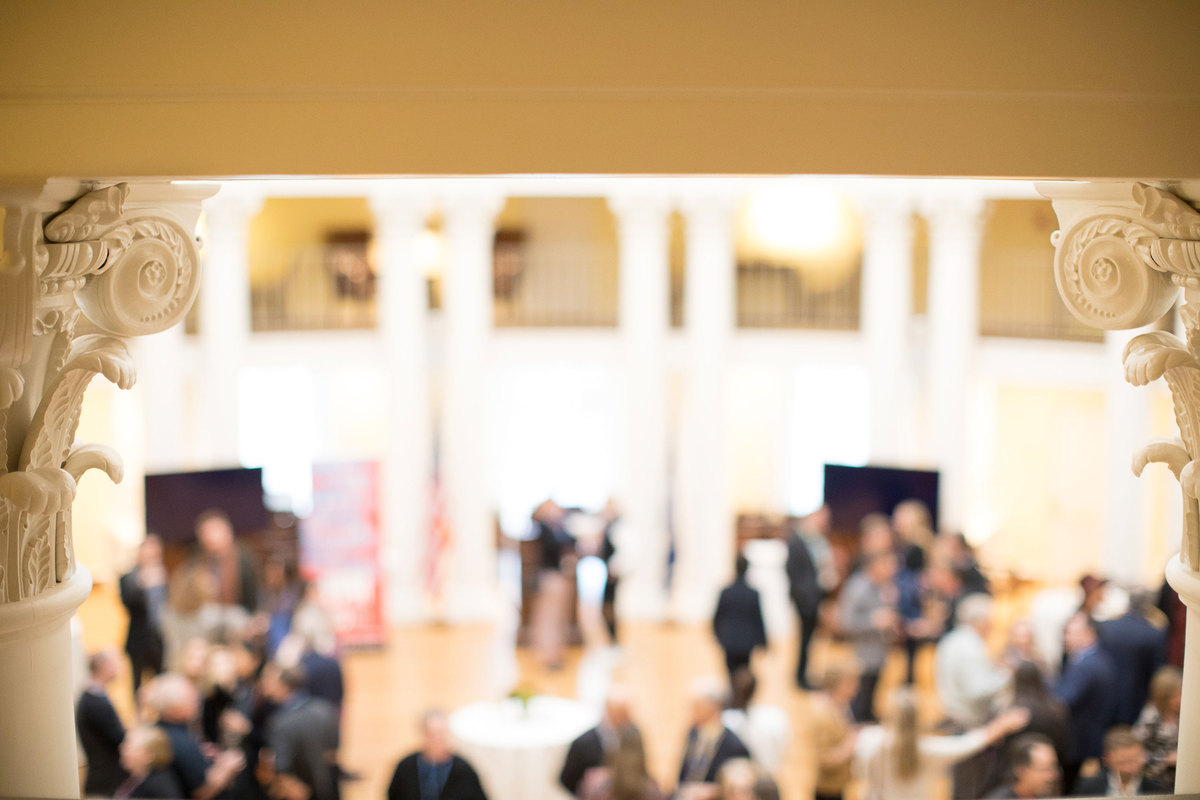 Even the Rotunda got in on the action, as guests gathered at the University’s historic centerpiece Friday.