A draft executive order circulating through the White House, titled “Making Federal Buildings Beautiful Again,” would establish classical architecture as the preferred style for federal public buildings, especially those built in and around Washington, D.C.

Both Meyer and Crane are longtime faculty members at UVA’s School of Architecture. Meyer is also a member of the U.S. Commission of Fine Arts, appointed by President Barack Obama. The commission advises the government on designs for landmarks, memorials, public buildings and landscapes in Washington, D.C.

The draft order, which was developed by a group called the National Civic Art Society and obtained by The New York Times, the Architectural Record and other media outlets, proposes updates to the 1962 Guiding Principles for Federal Architecture.

Designs that do not meet that classical standard would require additional explanation and approval. Designs in the Brutalist and Deconstructivist styles, the order draft says, would not be used. 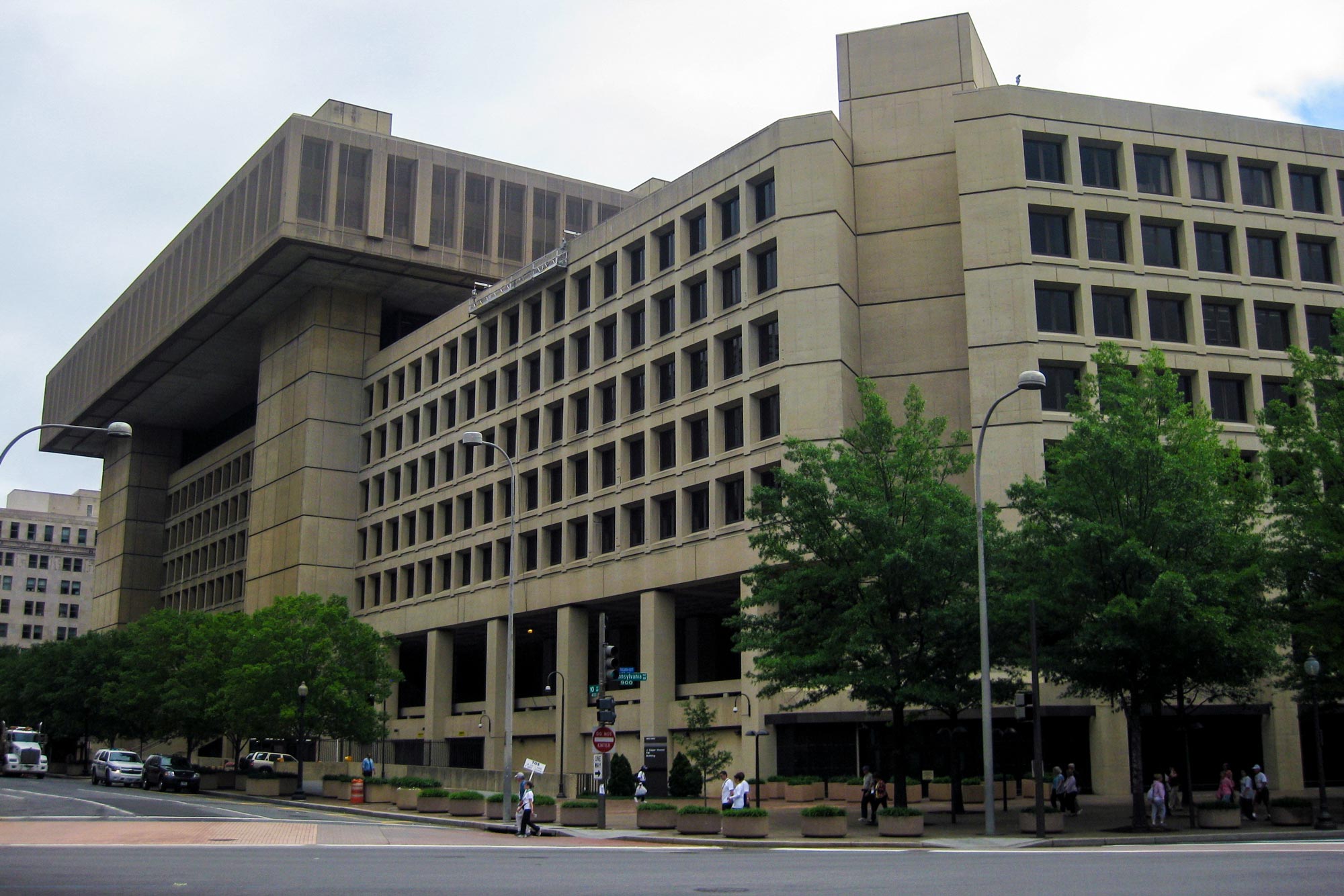 The draft order cites the J. Edgar Hoover Building, home of the FBI, as an example of Brutalist style that would not be allowed. (Photo by Wally Gobetz, published under Creative Commons)

Several professional organizations, including the American Institute of Architects, have issued responses to the draft. The AIA objected to prioritizing one style over another, saying, “There are many examples of beautiful and innovative buildings in all styles of architecture, including the styles explicitly mentioned in the draft executive order: Classicist, Brutalist, Spanish Colonial. America has proven uniquely able to incorporate, modify and advance architectural traditions from a variety of other eras and places.”

UVA Today spoke with Meyer and Crane to learn more about the debate and the order’s implications.

Q. How have the 1962 guidelines shaped the relationship between architects and the federal government?

Meyer: Over the last two decades, there has been a sense that the quality of public architecture in the United States has significantly improved, in part because of the 1962 guidelines – which very few people have raised issues with – and because of a change in the 1970s that no longer required the federal government to pick the lowest bidder.

The 1962 guidelines were written at the behest of President Kennedy by Sen. Patrick Moynihan – who, incidentally, won the Thomas Jefferson Foundation Medal in Architecture [awarded jointly by the UVA School of Architecture and the Thomas Jefferson Foundation at Monticello]. I believe they came about around the same time that Kennedy expressed dissatisfaction at the design of Pennsylvania Avenue, which was rather dilapidated at the time. Now, along Pennsylvania Avenue, we see buildings of different styles, from Romanesque buildings to the Brutalist J. Edgar Hoover Building. Moynihan also put a lot of effort into making sure that there was still housing available around Pennsylvania Avenue. It’s a good example of his desire to create vital, heterogeneous and lively cities, with guidelines that were designed to accommodate difference.

Crane: Re-reading the 1962 guidelines now, it is striking how capacious the understanding of design was. The guidelines open up space for thinking about the site, about the importance of landscape design, the incorporation of artworks, and collaborations between professions. Narrowing those questions to a “classical or not” debate loses much of that nuance.

Q. What stands out to you in the proposed executive order?

Crane: I also think the order does not fully reflect the very detailed processes that have been established over time for the General Services Administration, which don’t deal as much with style, but rather procedures for selecting designers and contractors, safety regulations, questions of accessibility, as well as sustainability and energy concerns.

Q. Professor Meyer, how would this affect the federal projects you review through the Commission of Fine Arts?

Meyer: We review both public and private buildings that will affect the monumental area of Washington, D.C. This would only affect the public buildings. It would preclude some extraordinary buildings in downtown Washington, including the National Museum of African American History and Culture, the Hirshhorn Museum and Sculpture Garden, the National Museum of the American Indian and the east wing of the National Gallery of Art. I’m not certain, but I think it would also affect designs like the Vietnam Memorial. 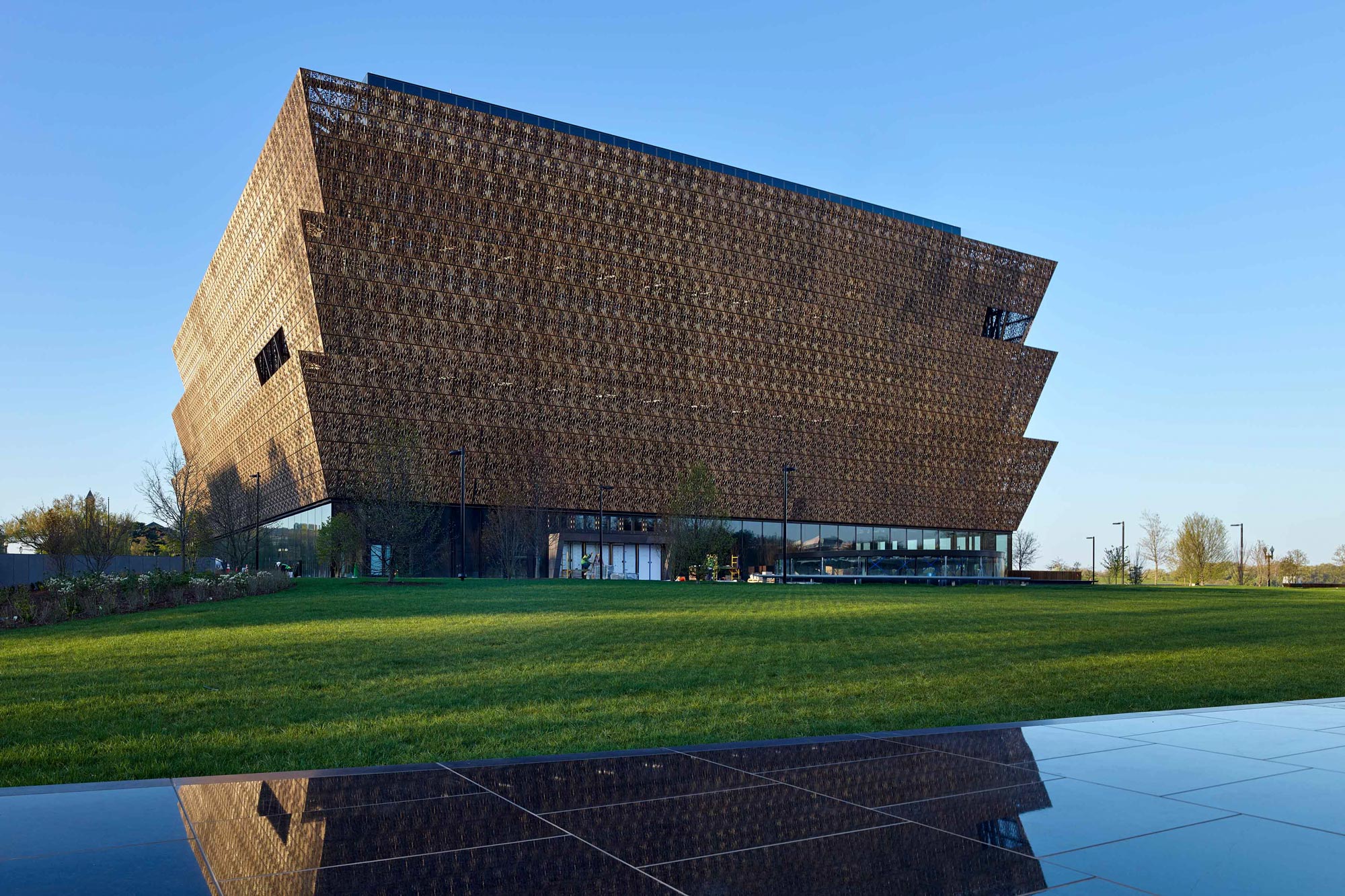 Meyer reviewed designs for The National Museum of African American History, opened in 2016, through the U.S. Commission of Fine Arts.

These are some of the very best examples of architecture in Washington, D.C., over the last 25 to 50 years, and I think they make the city feel alive, especially when combined with other styles, including classical and neoclassical styles. During my time on the commission, I have learned that good architects understand issues of proportion and scale, and know how to work with buildings around them that are not like the ones they are designing. I think that makes for great, vibrant public spaces.

Q. How has the classical style the order refers to been used throughout American history?

Crane: Historically, classicism and neoclassicism are extremely broad, umbrella terms that encompass a broad range of forms and approaches. For example, the Eisenhower Executive Office Building was as much in dialogue with contemporaneous architectural developments in France as it was looking to the model of ancient Greece or Rome. Current conversations in architectural history, writ large, have gone to great lengths to think about such buildings from a broader perspective, taking into account not only design, but also questions of labor, construction and use, as well as the larger cultural landscape surrounding a building and the ways that meanings change over time. 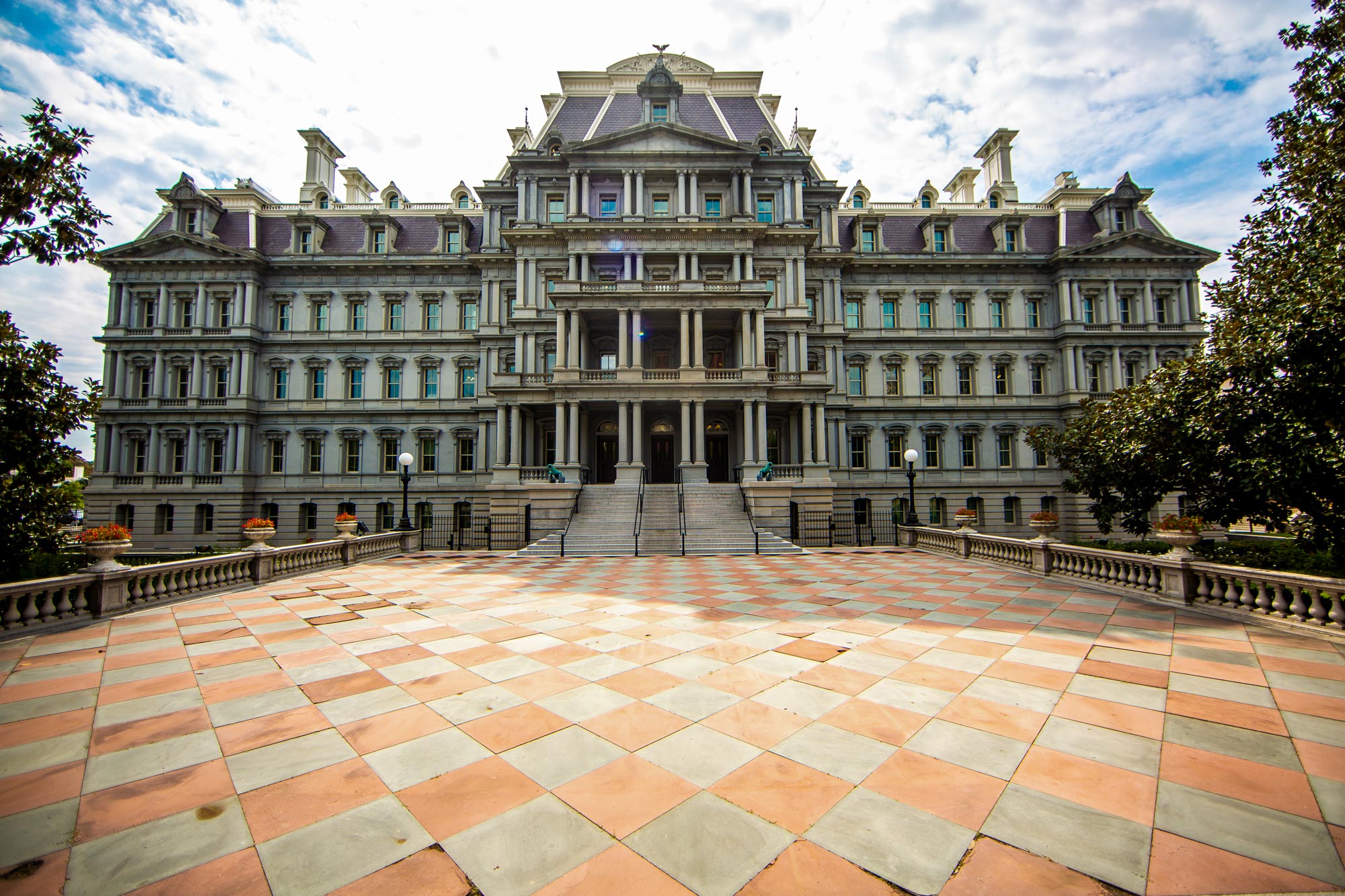 International trends and networks of training were another important part of that narrative, not only in the case of the Eisenhower Executive Office Building, but also in the influence of the French Beaux-Arts system on architects like Henry Bacon, the designer of the Lincoln Memorial. Many of the buildings the order cites as models that should be replicated are part of a larger story of French-American dialogue from the mid-19th century through the early decades of the 20th century. Claiming those buildings as purely American, read solely through ancient Greece or Rome, ignores the migrations of people and ideas that has contributed to these designs.

Q. What would be excluded?

Meyer: Mostly, the order focuses on excluding Brutalist buildings, which were largely built in the 1960s and 1970s and are not being built as much anymore. As a style, I think that has already fallen by the wayside, in part because of a contemporary focus on welcoming landscapes or public spaces.

Something else that could be lost, though, are the more light, open and airy public buildings we see today. We have so much more knowledge about glass, for example, than architects did when designing some of the classical buildings referenced. Glass today has excellent thermal properties, making it good for energy conservation, and we have more research about how natural light helps employees and visitors. I think there is an important conversation to be had about how these buildings would affect the thousands of people working in them, often working very stressful jobs. 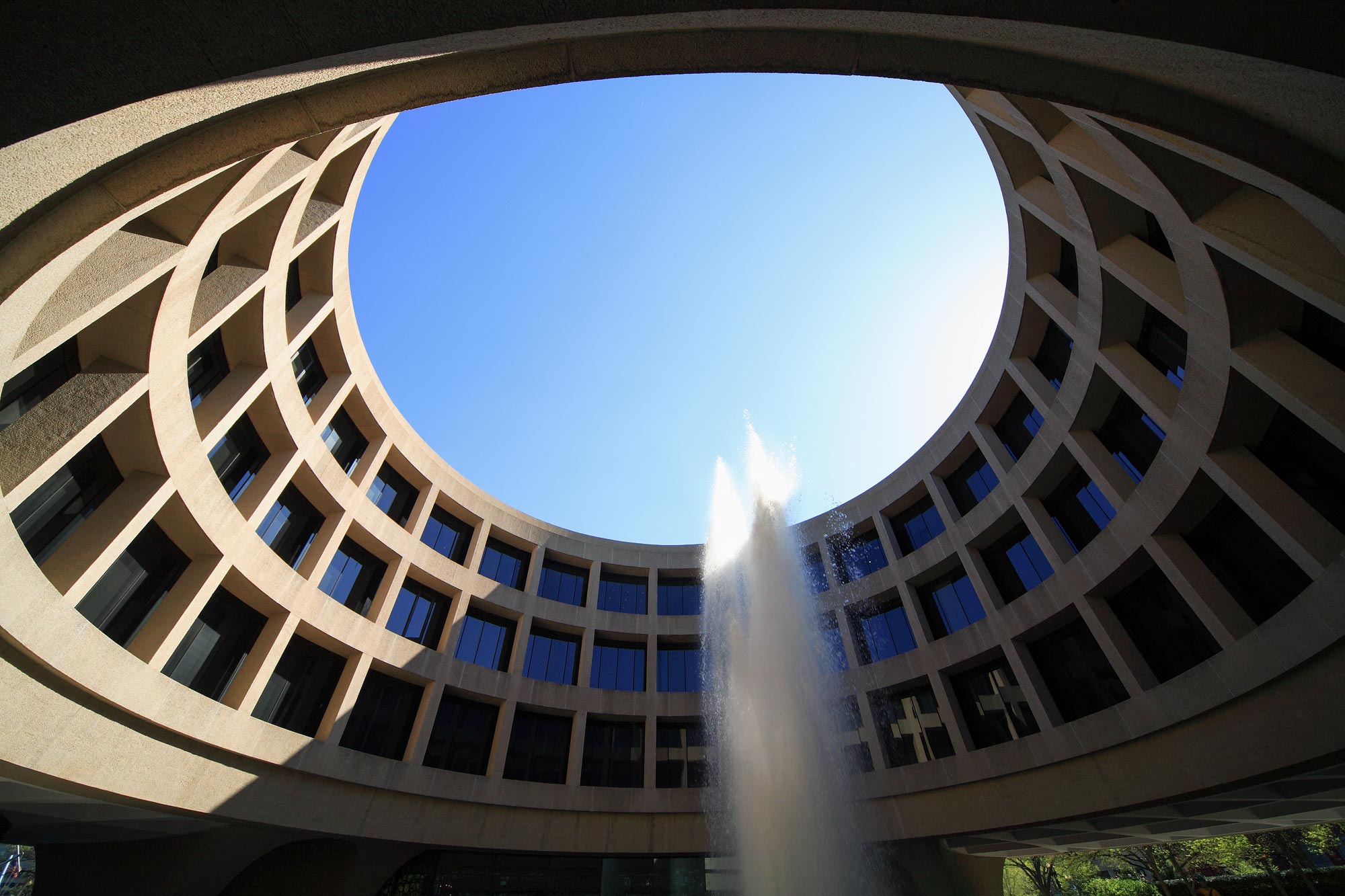 The Hirshhorn Museum and Sculpture Garden is another example of a Washington D.C. building that could have been precluded by the order. (Photo: ehpien, published under Creative Commons)

Security is another important issue. Since 9/11, Washington has seen a proliferation of more secure designs, as well as bollards and planters that are actually security devices. That is starting to change a bit, as designers find less obtrusive ways to secure buildings and focus on making buildings feel welcoming, as well as secure. That requires very inventive architects, and focusing on one style could constrain that creativity somewhat.

Q. What has been the response within your profession?

Crane: There has been concern, both about the order in general and about one part that would exclude architects, historians, planners, experts in historic preservation and other professionals from being on design review boards. I think there is an assumption in the draft that expertise is harmful to the design process and to the public, and I think this is an alarming assertion that has elicited a strong response from many professional organizations, including the American Institute of Architects and the Society for Architectural Historians.

Meyer: I think there is a danger, whether in Washington, D.C., or in Charlottesville, of reducing architecture to a brand. Architecture is so much more than that. I think about how much I enjoy literature that spans centuries, or art that spans millennia. Architecture has that same vibrancy, and is equally varied. We lose a lot by not being open to that.

This has been a discussion at UVA over the years, where we have great examples of “classical” architecture, but we also have so much more. Those conversations – about making room for and embracing difference in design, art and public space – are so important, and I hope they continue to be a focus.