UVA Today • by John Kelly • September 14, 2021 The Virginia Film Festival announced Tuesday that it will be returning for its 34th year …

The third annual Spanish, Italian and Portuguese Film Festival took place this past weekend on Grounds and in downtown Charlottesville. …

“What makes up a black girl?” The question is posed by a disembodied voice during the opening moments of “i. double …

Made in America: The Cinema of Kevin Jerome Everson

This fall, Virginia Filmmakers, a student group based in the Department of Drama, presents a series of Film Craft Workshops …

After Hiatus this Fall, AFP to Launch Under New Leadership in 2019; Adrenaline Founder Jeff Wadlow to Continue to Support Charlottesville, VA …

Class of 2018: This Graduate Focused Her Film Studies on Being Black at UVA

Paige Taul’s arrival at the University of Virginia was abrupt. Her single mother dropped her on Grounds in 2014 and …

A trio of literary scholars at the University of Virginia is among those reacting to a new film dramatizing a British tale of King Arthur’s court, held for a year due to the pandemic and now in theaters. “The Green Knight,” released this summer, is based on “Sir Gawain and the Green Knight,” an English poem that has survived more than seven centuries.

Associate professors of English Elizabeth Fowler and Clare Kinney have been teaching the anonymous 14th-century poem for many years and will do so again this fall semester. One of Kinney’s teaching assistants, doctoral student Katherine Churchill, recently published a critique of the movie on Electric Lit.

The story of the poem begins during a New Year’s Eve feast at King Arthur’s court, when a strange figure, the Green Knight, pays an unexpected visit. He issues a challenge for any knight to strike him with his own axe, on the condition that the challenger finds him in exactly one year to receive a blow in return. Sir Gawain takes the challenge and chops off the head of the Green Knight, who, to everyone’s surprise, picks up his severed head and rides away.

As the year’s end approaches, Gawain leaves Camelot in search of the Green Knight. After a long journey with hazardous adventures, Gawain finds a castle, where he is welcomed by the lord and lady. The lady tries to seduce Gawain several times, to no avail. Then Gawain must leave, to seek the Green Knight and to meet his fate. 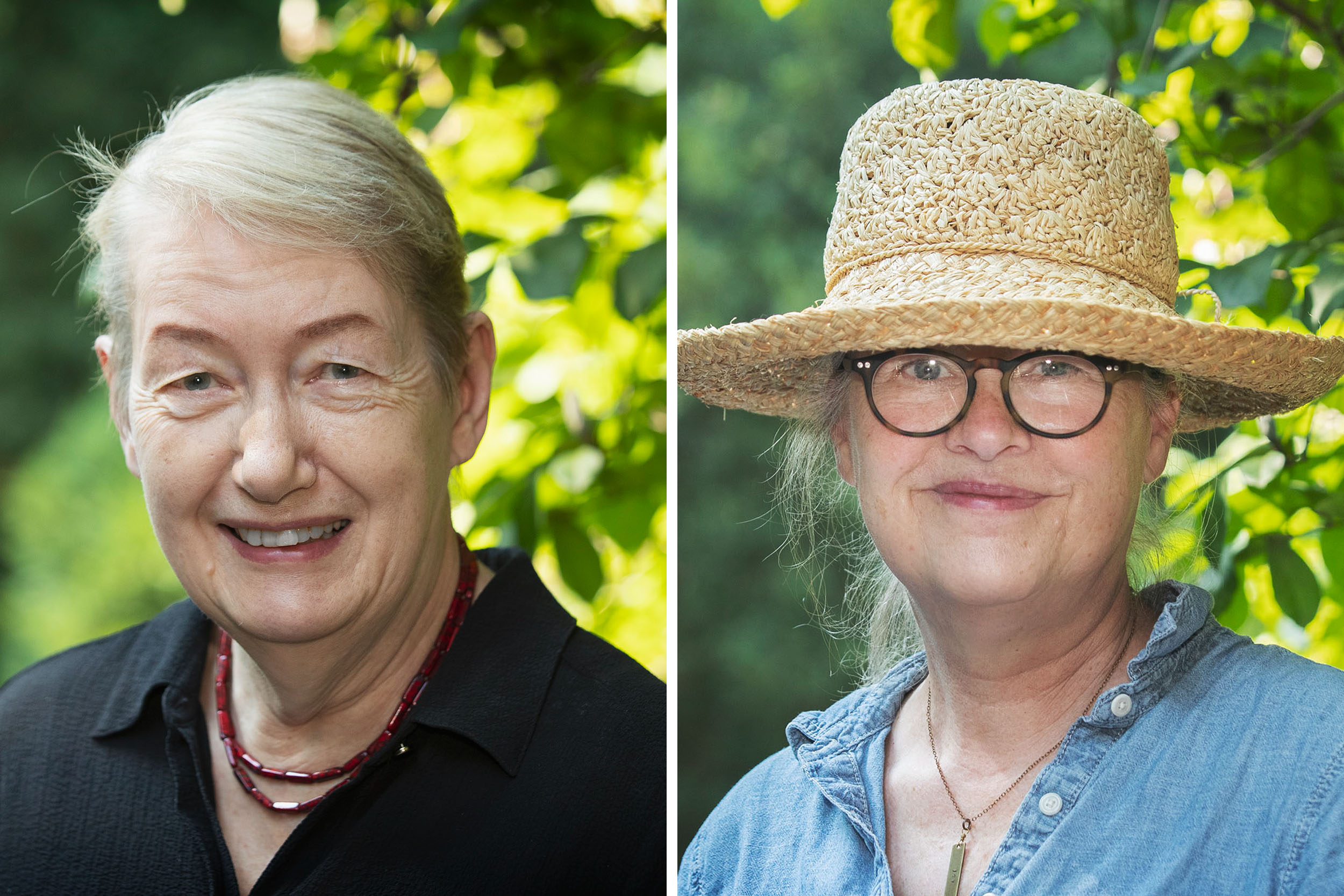 English professors Clare Kinney, left, and Elizabeth Fowler gave criticism and praise for the new film based on the medieval poem, “Sir Gawain and the Green Knight.”

Kinney, who will teach the poem in a few weeks in the large survey on “History of Literatures in English, Part 1,” emphasized the poem’s visual quality in a 2013 UVA Today interview.

“If the Gawain poet were living today, he would be writing screenplays or he’d be a great cinematographer, because of the visual sense, the point of view, the use of perspective,” Kinney said then.

“There’s an amazing moment when Gawain is keeping his promise, is receiving what he thinks is the blow of the axe that is going to decapitate him, but the Green Knight only gives him the tiniest nick on the neck, and you can see from Gawain’s point of view a little drop of blood falling on the snow in front of him.”

This summer’s film doesn’t show this scene, however, and emphasizes the poem’s more mysterious side, she and the others said.

Due to filmmaker David Lowery’s changes, Kinney said, “The movie strikes me as not so much as an adaptation of the poem as a wildly inventive riff on it. The original work is a very tightly crafted narrative of the questing and testing” of Gawain, Arthur’s nephew.

The professors and Churchill specifically noted that the movie’s Green Knight character departs from the poem’s.

“Lowery’s Green Knight is emphatically and wholly ‘other’: more tree than man,” Kinney wrote in an email. “The director is apparently fond of J.R.R. Tolkien’s translation of the poem and the leisurely episodic design of the film seems to owe a fair bit to ‘The Lord of the Rings (and this Green Knight is rather Ent-like).”

All three scholars expected some changes, but Churchill pointed out that the old poem is more suggestive of sexual experimentation than the contemporary film, which is squarely heterosexual. 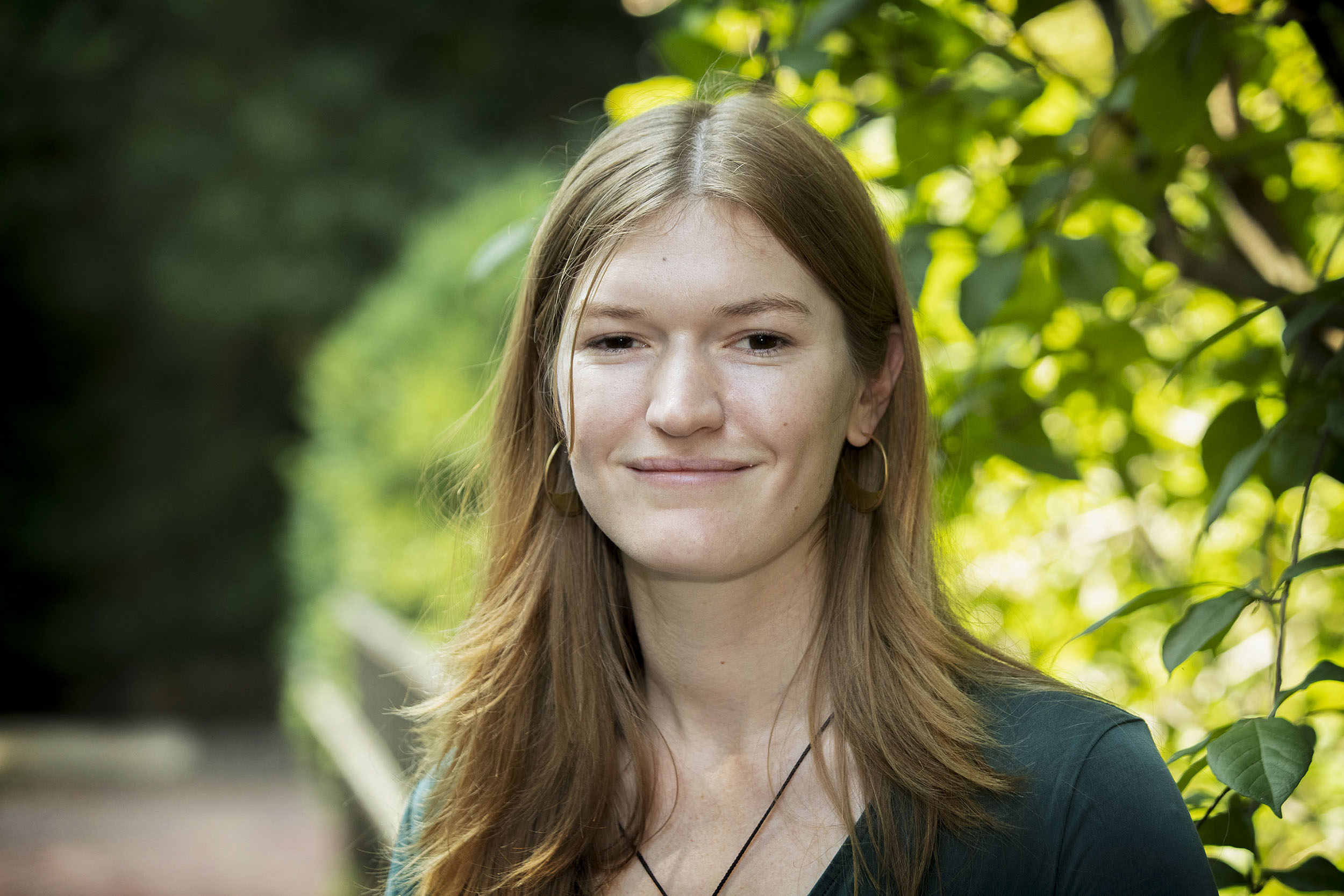 Doctoral student Katherine Churchill, who is Kinney’s teaching assistant for an English literature survey course, recently published a critique of “The Green Knight.”

Churchill, in her Electric Lit critique, wrote that the Green Knight – although indeed green – was depicted as incredibly handsome and alluring. The medieval author took more than 100 lines to describe him, she quotes, including some of the Middle English words: “the Green Knight’s huge, muscular body, on his square and thick neck and abs (‘swyre’ and ‘swange’) and big long sides and limbs (‘lyndes’ and ‘lymes’). He is the biggest smoke show of his size (‘the myriest in his muckel that myght ride’)! His luscious hair is splayed out over his shoulders (‘fayre fannand fax umbefoldes his schulderes’)!”

As Fowler wrote in email, “The film takes masculinity up as a pressure for ‘greatness’ in the context of the (slightly tired) theme of male inadequacy in the face of women’s desires and the (very tired) American romanticization of prostitution. …

Echoing Kinney, Fowler pointed out, “Cinematography’s skills are just now catching up to the kinds of visual experiences that medieval poems produced centuries ago. 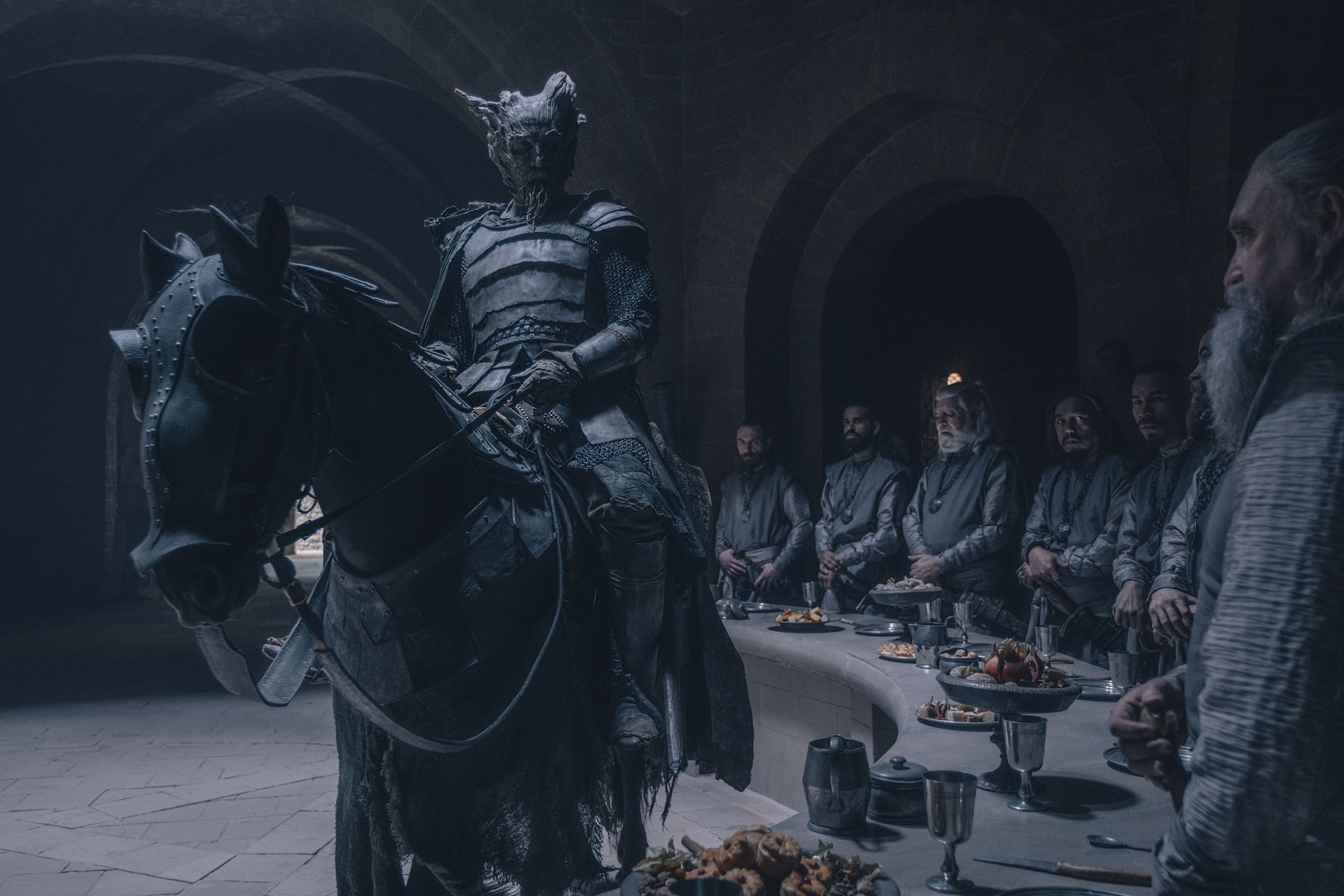 The scholars noted that the movie’s Green Knight character, played by actor Ralph Ineson, departs from the poem’s description. (Photo courtesy of A24)

“Gamers (‘The Green Knight’ creators are already advertising a video game), readers and cosplay [short for ‘costume play’] folks have known for a long time how exciting the stylings of medieval romance are.”

Fowler, who will teach at least part of the poem in her seminar, “Dreams and Visions in Medieval Poetry and Art,” recalled that teaching the “Sir Gawain and the Green Knight” poem the day after the 9/11 terrorist attacks made her think about it in a more complex way.

“I have thought about this as a very beautiful, intricate artifact, full of color and life, very witty, but not profound – until I was scheduled to teach it on Sept. 12, 2001. … The beginning of the poem actually goes way back to the fall of Troy, and it talks – rather like a Hitchcock movie, it zooms in from way in the distance and then it zooms into a particular window – about history and the way that large tragedies in history are markers.”

With this new film, she thinks “It’s a worthy retelling and bound to spawn even more, proving again that the old stories are the richest, because they accrete power over time and speak to us with so many, many voices.”

Listen to Kinney’s original translation of a stanza of “Sir Gawain and the Green Knight” and retired professor Anthony Spearing reciting it in Middle English.