His work for the Virginia Folklore Society created one of the earliest collections of its kind in North America, including some of the earliest recordings of African American musicians in the state.

Now, the University Library has made 173 of those discs – containing nearly 700 songs – available online, digitizing the recordings with support from a grant from the “Recordings at Risk” program, funded by The Andrew W. Mellon Foundation and administered by the Council on Library and Information Resources. 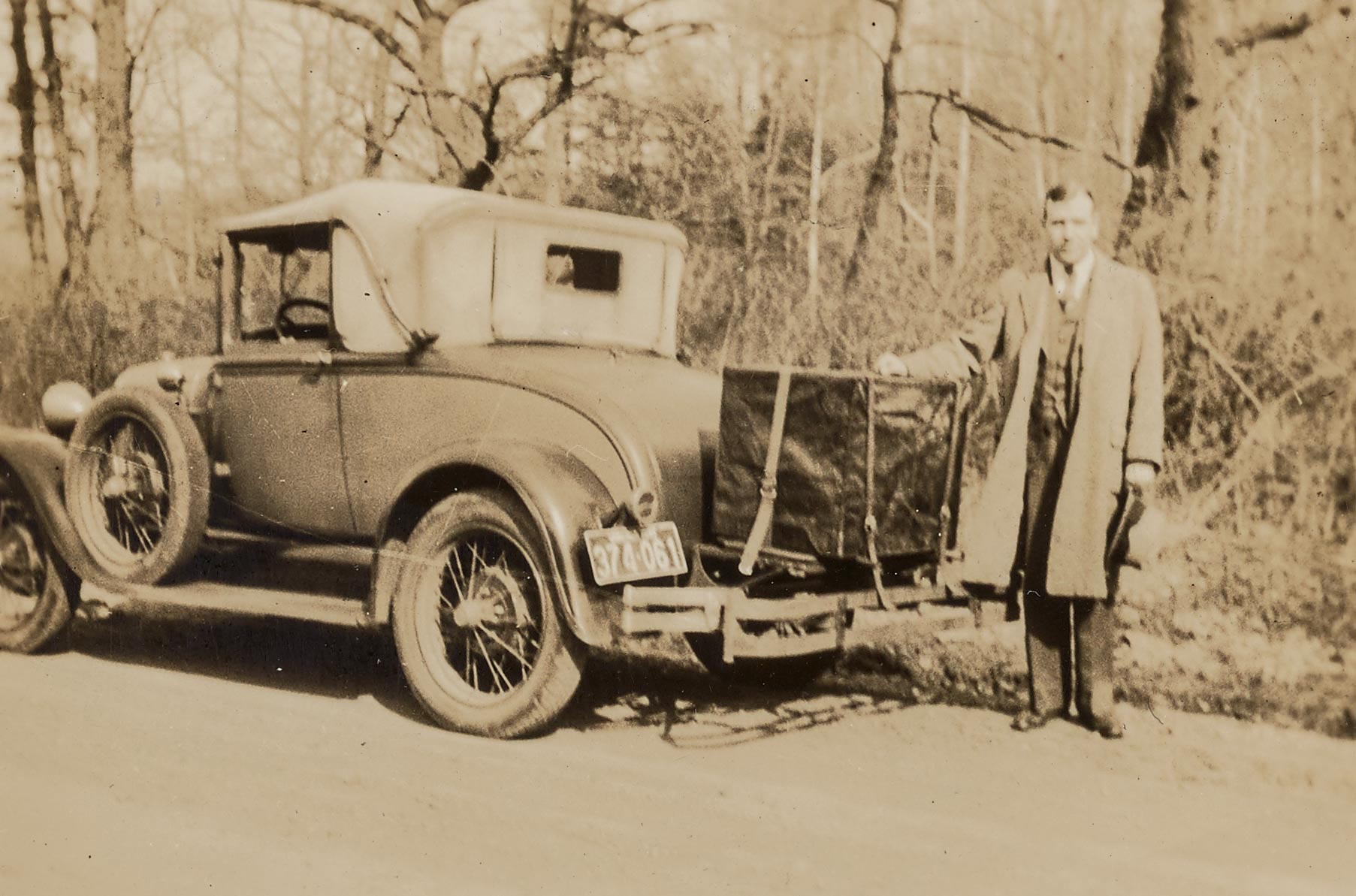 English instructor Arthur Kyle Davis Jr. was active in the Virginia Folklore Society from 1924 to about 1967 and made recordings of folksongs from Appalachia. (Photo courtesy of Albert and Shirley Small Special Collections Library)

The aluminum instantaneous discs, as they are called, must be handled carefully, said Steven Villereal, the UVA Library’s audiovisual conservator.

The grooves were embossed on the soft metal surface and sound recorded directly onto the disc, rather than being cut into it, which became the process for making the lacquer discs that came out several years later. The stylus, or needle, to play the aluminum discs was made of bamboo or cactus fiber. Pressing on the grooves could damage them, he said.

An improved finding tool with information from the Virginia Folklore Society materials about each recording accompanies the digitized discs. 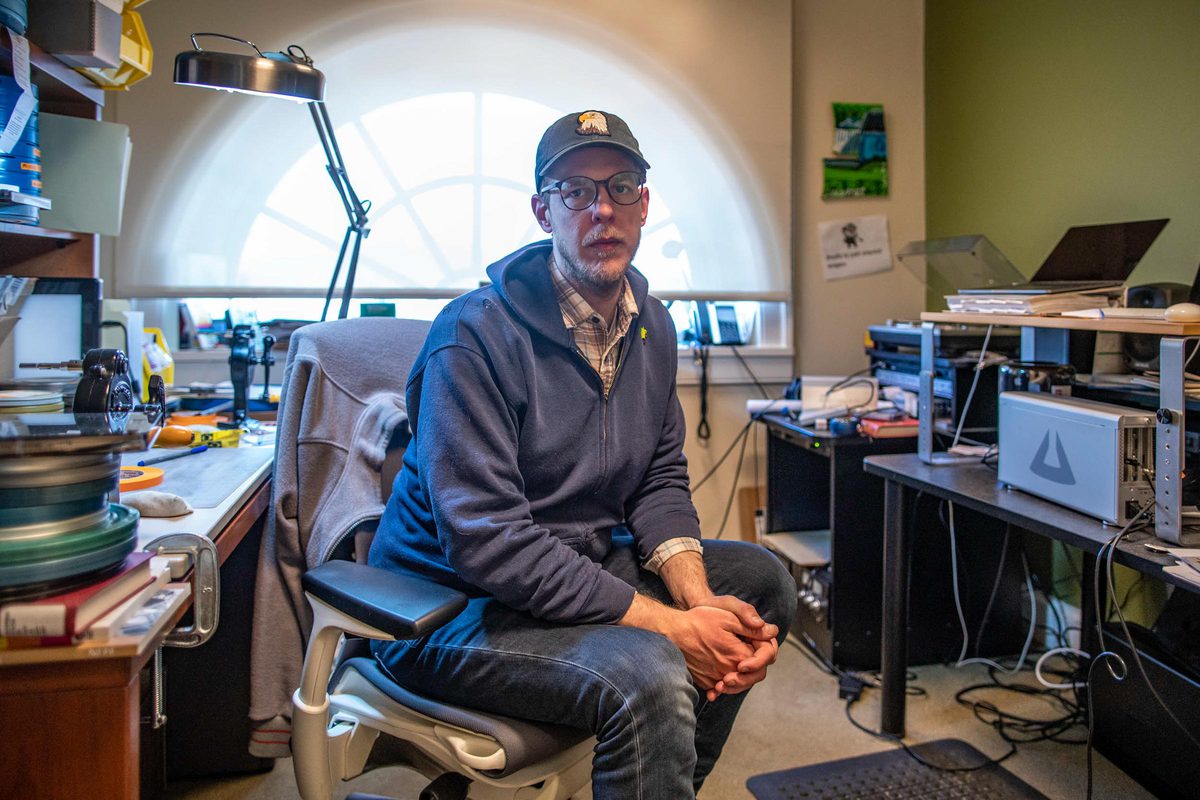 Steven Villereal has worked in the UVA Library’s preservation services as audiovisual conservator for about 10 years. (Photo by Sanjay Suchak, University Communications)

When UVA English professor C. Alphonso Smith founded the society in 1913, its primary goal was to collect the classic English and Scottish ballads that immigrants brought to the region. Access to these kinds of ethnographic recordings and the information about them provide broader context for contemporary researchers in a variety of disciplines – anthropology, ethnomusicology and history, as well as for other music devotees.

Apart from information documented in the collector’s notes, little is known about many of the musicians and singers. However, this collection features the earliest known recordings of well-known folk musicians such as Horton Barker, Abner Keesee and Texas Gladden.

Perhaps the most famous of these is Gladden, a Salem resident (born in Saltville) recorded in 1941 by well-known ethnomusicologist Alan Lomax, who called her “one of the best American ballad singers ever recorded.” The discs in this collection feature what are almost certainly the earliest recordings of her music. 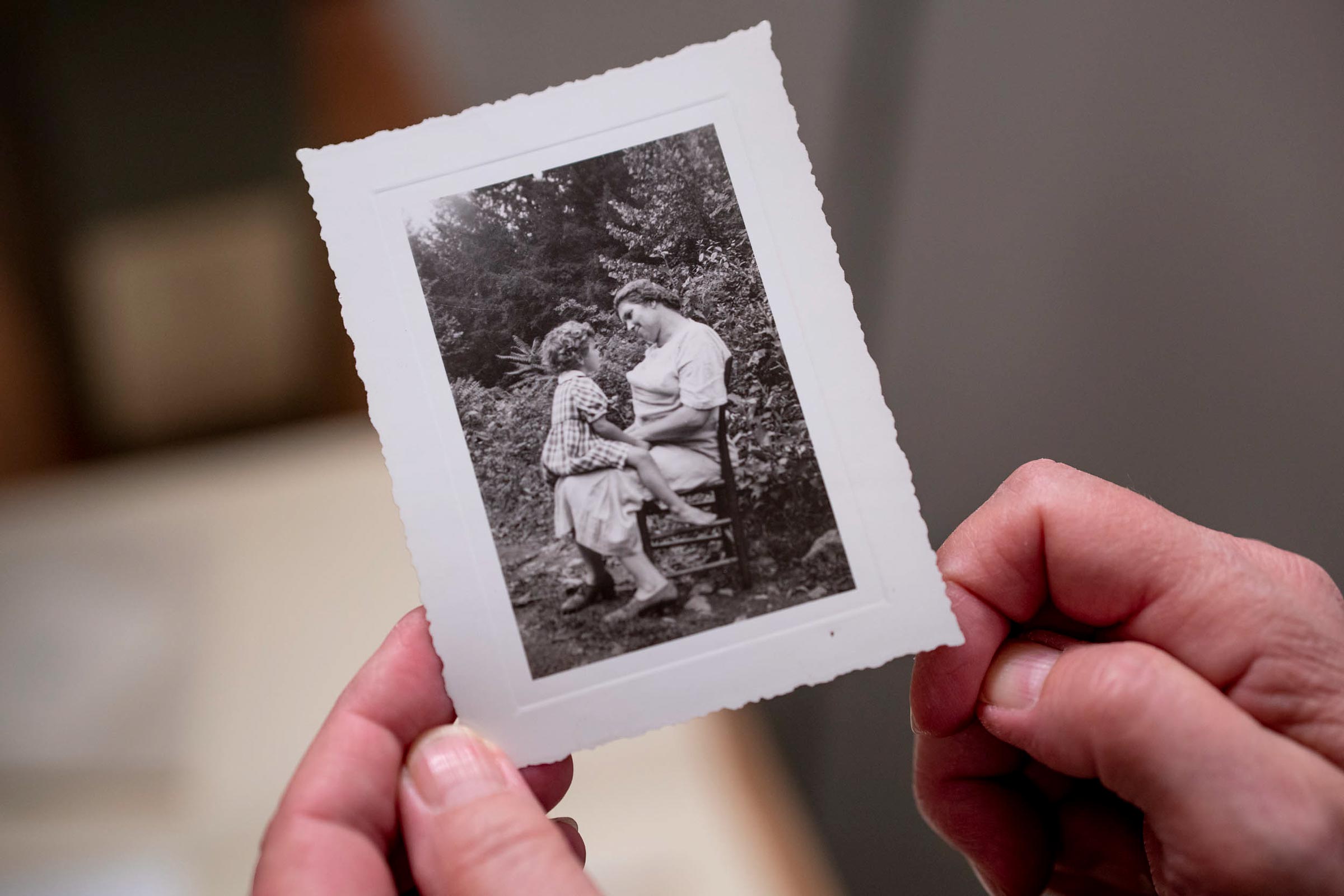 Texas Anna Gladden, née Smith, was called one of the best American ballad singers and was recorded by A.K. Davis. (Photo courtesy of Albert and Shirley Small Special Collections Library)

Davis, who succeeded Smith as head of the folklore society in 1924, inherited a unique partnership with the state’s education association to collect ballads in written form, according to Aldona Dye, a UVA doctoral candidate in the McIntire Department of Music. The teachers, located all over the state, from southwestern Appalachia to the Tidewater regions, acted as collectors of these traditional songs. Davis later made most of his recordings in Southwestern Virginia.

In preparing the grant application, Villereal consulted ethnomusicologist Noel Lobley, an assistant professor in UVA’s McIntire Department of Music, who put him in touch with Dye, whose dissertation research involves the Virginia Folklore Society. Dye was exploring women folk-song collectors and was excited to find the society’s papers in the Albert and Shirley Small Special Collections Library.

A chapter of Dye’s dissertation concerns the teachers, largely women, who interviewed people all over the state to collect the ballads they knew – women such as Alfreda Peel from Salem, who became one of the society’s leading ballad collectors and whose extensive correspondence with Davis is part of the society’s papers. 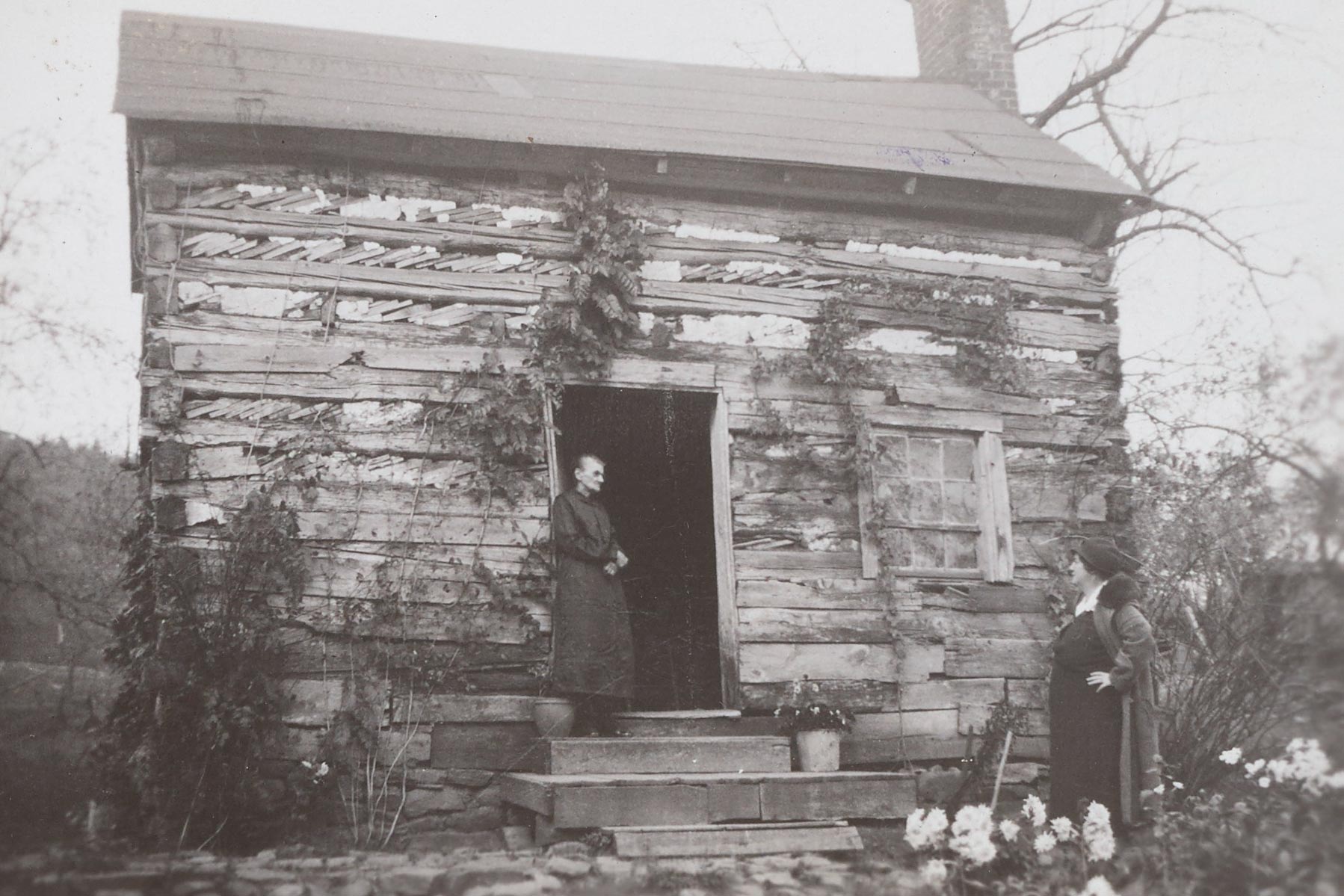 In an effort to preserve Appalachian heritage, Salem’s Alfreda Peel (far right in this photo) visited singers like this woman, and became one of the region’s leading ballad collectors. (Photo courtesy of Albert and Shirley Small Special Collections Library)

The Virginia Folklore Society even established a ballad club at the State Female Normal School in Farmville (now Longwood University) that trained teachers to document ballads they learned from their students. To Dye, this history is important because it makes visible the often unseen labor behind large-scale institutional undertakings.

Dye is not the only one using the Virginia Folklore Society materials for music research. Daniel Bachman, an acclaimed guitarist and independent scholar from Fredericksburg, stoked his interest in this folk music collection after hearing about the folklore society and discovering the Petersburg house he was living in was right next to where Davis grew up. 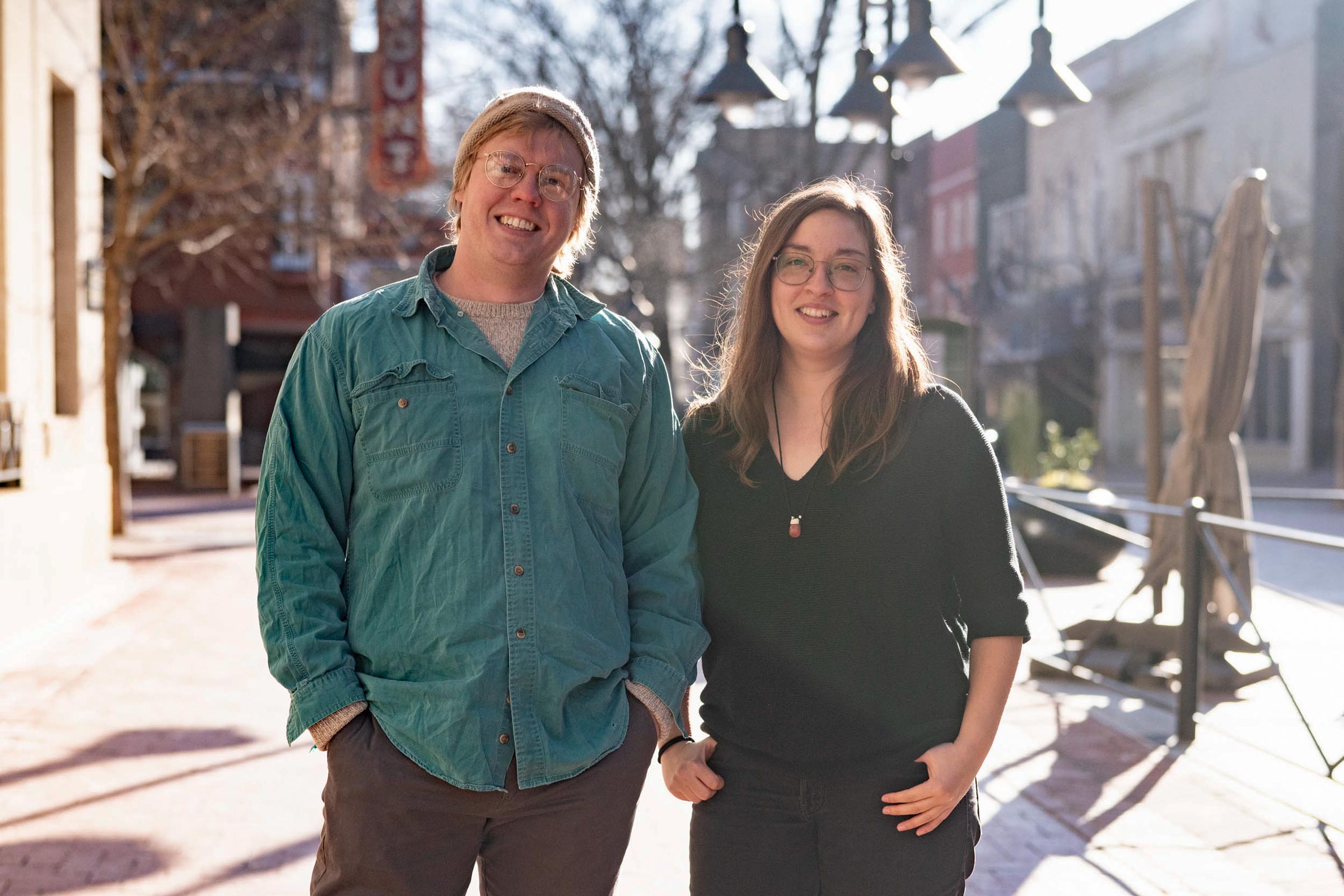 In the archive, Bachman discovered a partnership between Davis and Lorenzo Dow Turner, the first African American linguist in the U.S., who studied and recorded the African Americans who spoke Gullah, a creole language, in South Carolina and Georgia. Davis’ papers reveal that he and Turner shared the grant-funded Fairchild aluminum disc recorder – “evidence of a rare interracial academic collaboration in the early 1930s,” Villereal wrote in his grant application.

When Davis died in 1972, he bequeathed the papers of the Virginia Folklore Society to the UVA Library. Bachman credited the next UVA English professor to revive the folklore society, Charles L. Perdue Jr., who came to the University in 1971, for his contributions, alongside his wife, Nancy J. Martin-Perdue, in continuing the society and organizing its materials.

In an effort to preserve these songs, Perdue took the discs to the Library of Congress’ American Folklife Center in 1975, where the songs were transferred to 1/4-inch reel tape. But that medium, too, became obsolete and for technical reasons can’t be presented online.

Bachman found that an aspect of the society archives and the folksong recordings ties into the 21st century, he said.

“In addition to the teachers who were part of it, it was a community effort. People wrote to A.K. Davis from lots of places about the airs [another word for ballads] they knew about or sang,” he said, adding that he’d like to build that same kind of community again. He has shared many of the recordings with descendants of the singers, even organizing a reunion of the descendants of Texas Gladden and playing recordings of her singing.

“The preservation grant expressly forbids mastering costs. Aluminum discs were a limited format in terms of sound quality to begin with,” Villereal said. “Lacquer discs sounded better and caught on when introduced after about 1934.”

One short-term goal might be to reproduce some of the songs in high fidelity. Bachman and Dye said they would love to work further with Villereal and plan to curate some raw tracks for a box set of CDs with extensive liner notes on the society and the performers. Such a document, they said, would be a valuable resource for those interested in Virginia music.

There are even more recordings and documents that could be digitized from the Virginia Folklore Society records and the Kevin Barry and Kelly Scott Perdue Archive of Traditional Culture, plus the rest of the Perdue papers, which the library is in the process of acquiring. Chuck Perdue died in 2010 and Nancy Martin-Perdue in 2017.

(To access the recordings, click here. To search the Virginia Folklore Society records, go to this site.)

After three generations of UVA professors, with the contributions of many students and other enthusiasts, kept the Virginia Folklore Society going, Dye and Bachman are interested in reviving it again. They request anyone interested in participating to contact them at aad9ga@virginia.edu or danilbachman@gmail.com.