Poet and professor Kiki Petrosino, who teaches in the University of Virginia’s Creative Writing Program, chose a specific way to remember her great-great grandfather and family legacy every day. She had a copy of his 1907 signature, “Ezekiel Beverly,” tattoed on her arm.

It reminds her that this is the earliest evidence of literacy she has found thus far while researching her black heritage. Petrosino previously found his name in a 19th-century census, where he was listed as illiterate. Then she found the later legal document where he had signed his own name.

The child of teachers, Petrosino grew up in York, Pennsylvania, and Baltimore. She earned a B.A. from UVA in 2001, and returned to the Grounds last year as an English professor. Right before beginning her new position, she received a 2019 National Endowment for the Arts Fellowship that enabled her to conduct archival research on her African American ancestors and the legacy of slavery, especially in the upper South. The fruit of that labor fills her new book of poetry, “White Blood: A Lyric of Virginia,” published by Sarabande Books last month. 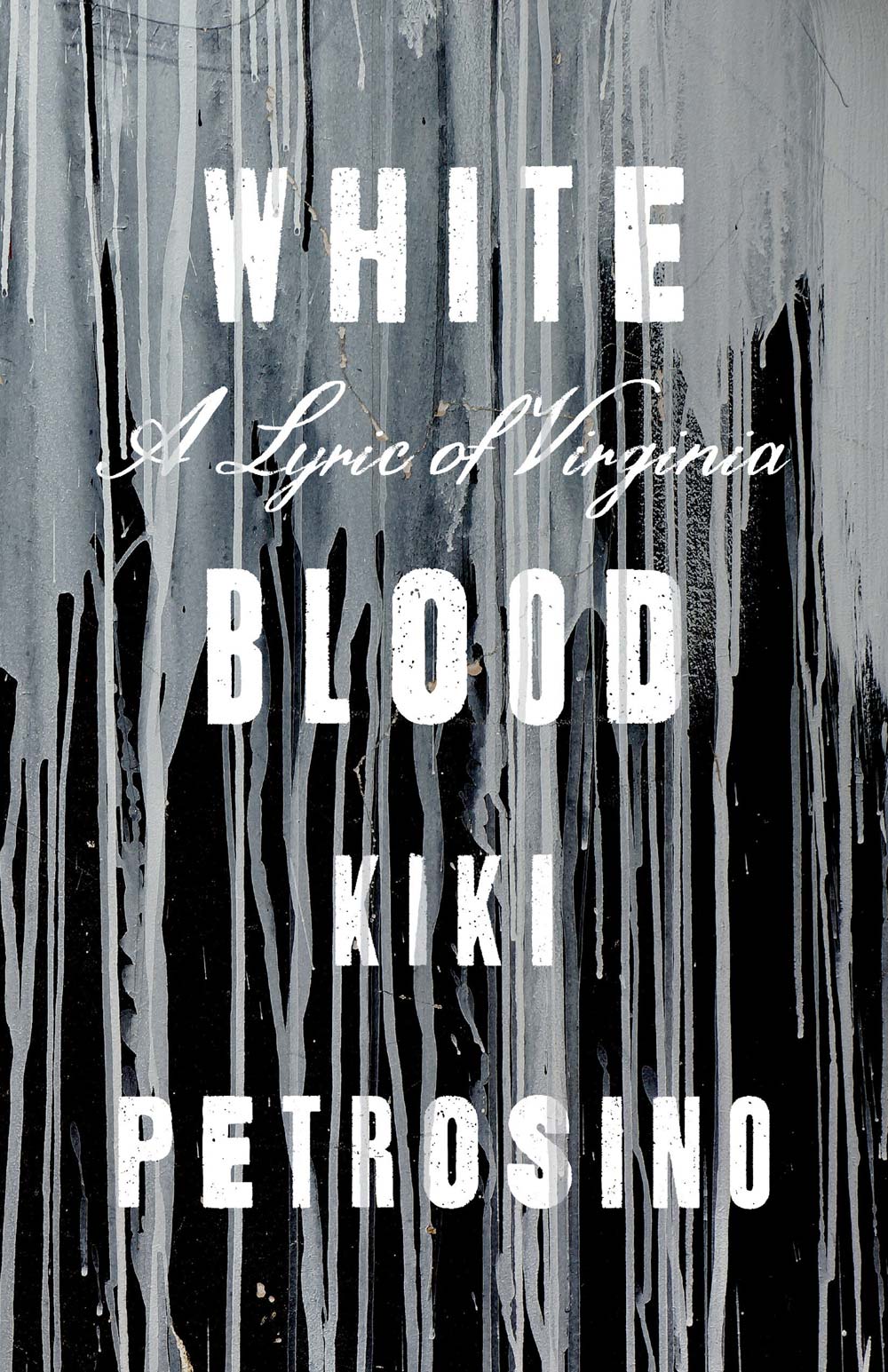 Her grandmother’s family is from Louisa County – the subject of several poems in the new book – and her grandfather is from Manassas.

The generations that followed that great-great grandfather have included doctors and teachers, like her and her parents.

As an undergraduate, she wasn’t ready to incorporate political views or her own life with America’s racial history, she said, and it’s only been more recently that she has written essays and poems involving her heritage.

The 2015 death of her grandmother, Cleopatra Smith Beverly, whose family hailed from Louisa, led her to finally dive into her ancestry.

“Her loss delivered me into that sad, but inevitable, stage of adulthood: I have no more surviving grandparents,” Petrosino said. “Contemplating my grandmother’s powerful legacy within my family made me wonder about all my ancestors in Louisa, and that brought me back to my own memories of being a UVA student.”

She bought a DNA testing kit and then returned to this area to look for genealogical documents.

“I was already researching and writing poems towards this embryonic project when the events of Aug. 11 and 12, 2017, occurred in Charlottesville. The sonnet crown in ’White Blood’ is very much a record of my emotional response to those violent days. At that point, the project expanded beyond my personal history to embrace the larger historical moment.”

In an early section of the book, “Happineſs,” she meditates on her years as a UVA student, in a sequence of sonnets called a double crown sonnet, in which 15 sonnets are linked by last and first lines from one poem to the next. In #13, the writer connects getting an education at Jefferson’s University to her ancestors:

… Mine
that serpentine wall, the forgetting
about crying. Gold look of the air
gathered between mountains, mine too
that graduation in mud before
the Rotunda’s bare belfry.
Who knew me then, yolk-in-shell?
In whose wagons did I ride safe
in my straw nest? Neat trick, close shave.
How was I the dream, the hope, of the slave?

If it wasn’t for the coronavirus pandemic, Petrosino would’ve been spending time in Charlottesville and traveling to give readings; nevertheless, “White Blood” has been well received. The New York Times included it in its June 9 list of “New and Noteworthy Poetry.” Publisher’s Weekly, the Southern Review of Books, The Millions, Library Journal, the Academy of American Poets and more have praised the collection of poems and included it on their reading lists – of 2020 books, of books about women’s history and also as anti-racist poetry.

The title “White Blood” comes from a line in one of the poems, “Terrorem,” about which she said, “Interpreted across the whole volume, it’s sort of a meditation on the complicated legacies of race in Virginia, whether we talk about one’s personal genealogy or about our collective history in Virginia and in the U.S., a history which involves various types of discrimination on the basis of race.”

From her statement as an NEA Fellow, she wrote that she hoped her new book would reach “the intersection of public and private history. It is at such crossroads that poetry begins.”

“I hope my poems hold space to contemplate what ties us together as an American family. I mean ‘family’ in every sense of that word.”

“As I have developed this project,” she wrote, “the very fact of my own literacy – which I practice each day in my career as a black artist and teacher – has been my great mystery to unravel, a marvelous gift my ancestors passed down to me through generations of effort.”

The research was often frustrating, taking her to dead ends, so she had to decide how to deal with what she didn’t know. The collection expands into public history – about slavery and racism. The timing of the book’s publication prompted her to make a connection between her work and the present time of protests against police brutality and racism.

“In this time of strife and division,” Petrosino wrote in email, “I hope my poems hold space to contemplate what ties us together as an American family. I mean ‘family’ in every sense of that word. Researching and writing ‘White Blood’ showed me that we all belong to one another and are responsible for one another’s well-being.”