The Fralin Museum of Art at the University of Virginia helps thousands of visitors each year grow their appreciation for, …

The Fralin Museum of Art at the University of Virginia helps thousands of visitors each year grow their appreciation for, and knowledge of, art.

On Halloween, roughly 50 second-year medical students gathered in the museum’s tiled lobby for a two-hour “Clinician’s Eye” workshop, one of several offered over about two weeks. The program, now in its seventh year, is mandatory for all second-year medical students this year. It aims to hone students’ observation skills and encourages them to challenge their assumptions and gather clues to make decisions.

A study conducted at Columbia University showed that medical students and doctors who took part in a six-week art course demonstrated increased capacity for personal reflection, tolerance of ambiguity and awareness of personal bias – all intangible skills that can have a very tangible effect on patients’ diagnoses. 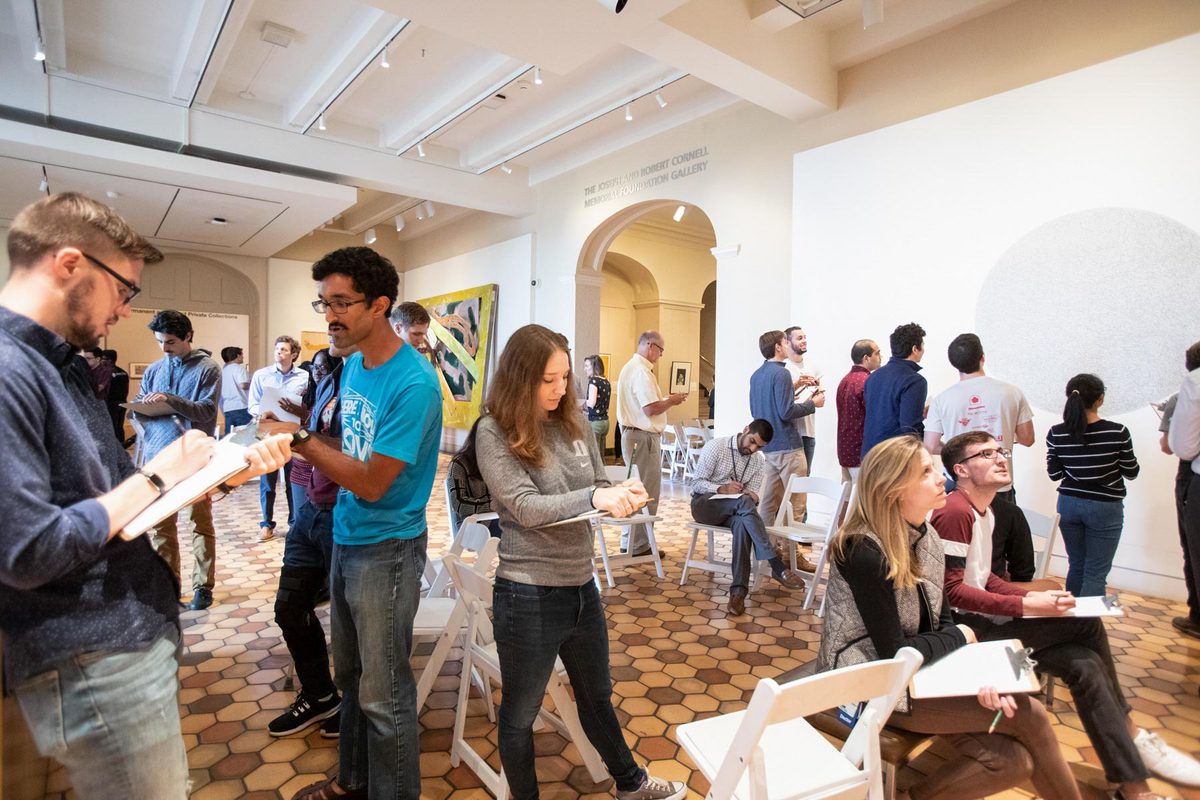 Roughly 50 second-year students gathered at the museum for each workshop. (Photo by Coe Sweet)

Love, who developed the workshops’ curriculum in 2012, started her group off with a close look at a print by 19th-century Japanese artist Tsukioka Yoshitoshi depicting a young woman by a pond. She had the students list exactly what they saw – the woman’s clothing, her posture, the colors and textures used, the signals that might indicate her state of mind. For unclear or ambiguous details, she encouraged them to use phrases like, “I’m not sure, but I think I see…”.

“It’s a verbal strategy that allows other information to come in,” Love told them. “It keeps you from simply saying the first possibility you think of and then believing that.”

The students focused on the woman’s state of mind, and when they concluded, Love told them that the woman was indeed distressed. The print depicted a lady-in-waiting in 1100 who, the story goes, committed suicide after pining for an unrequited love.

“When you take the time to make a list of observations, you can bring all of the evidence together,” she said, driving the point home. “The picture becomes clearer and clearer.”

Another exercise turned the medical students into artists, as they paired up to study and draw an object in The Fralin’s Joanne B. Robinson Object Study Gallery, a room filled wall-to-wall with vases, coins, sculptures and other intriguing objects from the museum’s permanent collection.

One student went into the gallery, closely observed an object, and left to describe that object to their partner. The partner then had to draw the object based solely on the student’s description, without looking at the object itself. 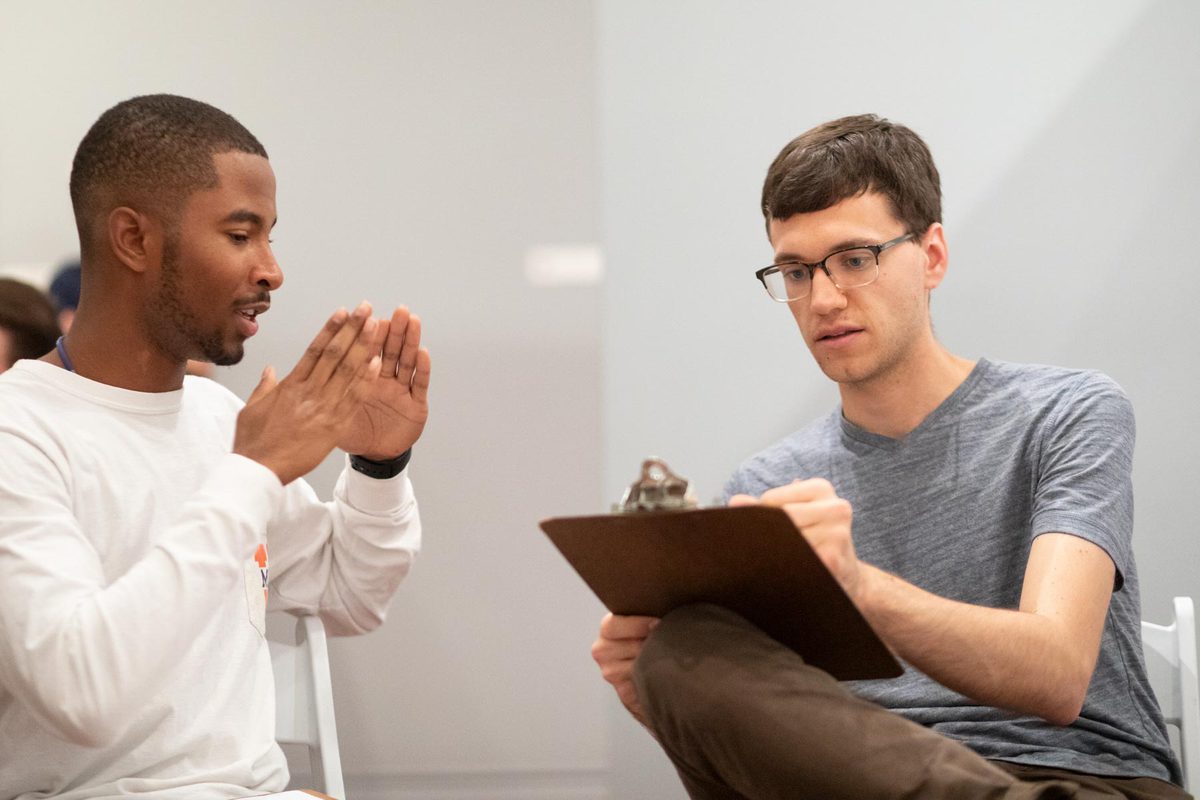 Students had to draw an object based only on their classmate’s description – a reminder of the importance of precise word choice and description in art and medicine. (Photo by Coe Sweet)

The exercise forced students to observe closely and be precise in their wording, to capture exactly what they wanted to convey. It also resembled something they will have to do every day in a clinical setting – listening to a patient describe their symptoms, fitting the pieces together and conveying those symptoms precisely to a wider team of caregivers.

“They are working on a core set of skills used in clinical practice, outside of the clinical setting,” said Childress, a literature scholar who teaches humanities courses for medical students. “In a museum setting, we can slow down that process for them. It helps build reflexes they will need in a clinical setting, when they have to react and learn very quickly.”

When UVA began the program in 2012, Childress said, few medical schools were using visual art. Now, about 100 medical schools have similar programs. In 2016, Childress and Love attended a conference for museum educators at The Museum of Modern Art focused on the topic.

“More and more programs are understanding how visual imagery dominates our perception, and how important it is to be critical in those observations,” Childress said.

Medical student Haley Mead said the day’s exercises were very useful, particularly in helping her understand her own communication style.

“We were able to focus on how we take in and express information, and how others do as well,” she said.

Dr. Chris Moore, also on hand for the workshop, said he thought it was a “wonderful” resource for students.

“They are really building skills important for clinical practice in a different context,” he said. “It’s a good way to get fresh perspective.”