The Virginias became separate states in 1863, but a new collaborative effort, “Digital Virginias,” brings together historical and cultural collections …

The Virginias became separate states in 1863, but a new collaborative effort, “Digital Virginias,” brings together historical and cultural collections that cross state lines, reuniting the region in a new way.

Through Digital Virginias, accessing several of the University of Virginia’s top digital collections – and many others from a range of organizations in both Virginia and West Virginia – recently got a lot easier for students, educators, researchers and others, no matter where they are located, through the Digital Public Library of America. The online nonprofit organization aggregates materials from a variety of sources, from large public museums and universities to small, niche historical societies.

UVA has now joined with regional partners George Mason University, the College of William & Mary, Virginia Commonwealth University, Virginia Tech and West Virginia University to create a combined set of historical materials for the region. These six schools act as hubs for materials from around the two states, and already offer more than 58,000 digitized items, from photos to audio recordings.

“This initial move into production is just the first phase of bringing on organizations in the two states,” UVA librarian Bradley Daigle said. Daigle, who focuses on external strategic partnerships, said this is just the beginning.

“There are hundreds of memory organizations out there – museums and historical societies, as well as universities – whose content we hope to make available. This allows an organization that may not have a lot of resources to make its content available alongside the other 30 million items that are currently discoverable through the DPLA,” he said. “We will continue to add more materials as we bring on new contributors.”

The Boston-based Digital Public Library of America includes photographs, books, maps, news footage, oral histories, personal letters, museum objects, artwork and government documents – all free and immediately available in digital format. The UVA Library was one of the first institutionsto join the organization when it launched in 2013. Service hubs such as Digital Virginias aid the national nonprofit by carrying out some of the work to share resources. DPLA’s goal is to have every state represented as a contributing hub in its national network, Daigle said. 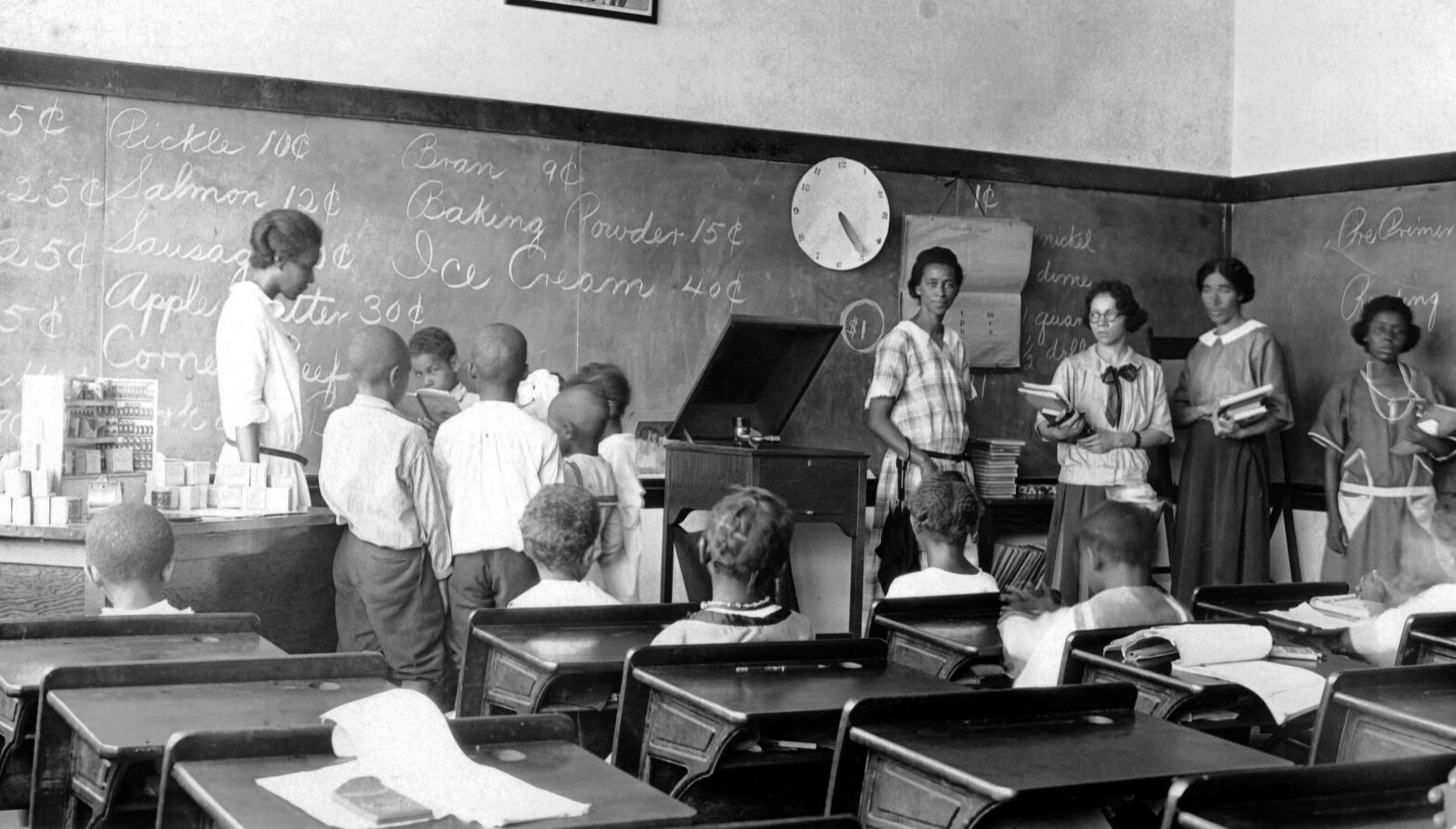 African-American students in an unidentified Virginia school from the first half of the 20th century, in a photo taken by educator Jackson Davis. (UVA Albert and Shirley Small Special Collections Library)

UVA first made available the Albert and Shirley Small Special Collections Library’s Holsinger Studio Collection, which comprises more than 10,000 historical photographs from early 20th-century Charlottesville and Albemarle. Among the collections the library has added since then: the Jackson Davis Collection of African American Educational Photographs of segregated schools in the South; photos by Frances Benjamin Johnston, a female photographer who documented architecture as well as family life, also in the early 20th century; and UVA’s medical artifacts collection.

A sample of collections from other schools includes the James Monroe Project from the William & Mary Libraries Special Collections Research Center; VCU’s photo collection from the 1963 civil rights protests in Farmville; and from George Mason, 40 years of yearbooks starting in 1957, when it was a branch of UVA.

Digital collections that are contributed to the DPLA are searchable through the online library, but are still hosted at the institutions that contribute them.