The Making of a Mural: Watch Rita Dove’s Poerty Come to Life on the Corner

University of Virginia English professor and former U.S. Poet Laureate Rita Dove’s poetry has always had an outsized impact, earning her a plethora of awards, a Pulitzer Prize and two medals from former Presidents Bill Clinton and Barack Obama.

Visible from Grounds and the bustling Corner shopping district, Guinn’s new mural highlights one line from Dove’s poem, “Testimonial”: “The world called, and I answered.”

The film above, by Surface Below Media, chronicles the making of the mural, from Guinn’s first drawings to the final product now gracing the side of the Graduate Charlottesville hotel on University Avenue. The mural, unveiled in August, was created with support from UVA’s Office of the Provost and the Vice Provost for the Arts, as part of a Paint & Poetry Series led by two local arts groups, the Charlottesville Mural Project and New City Arts.

Though the full poem was painted near street level, Dove and Guinn agreed that most of the mural should focus on one line, which Dove described as “the charge of the University.” 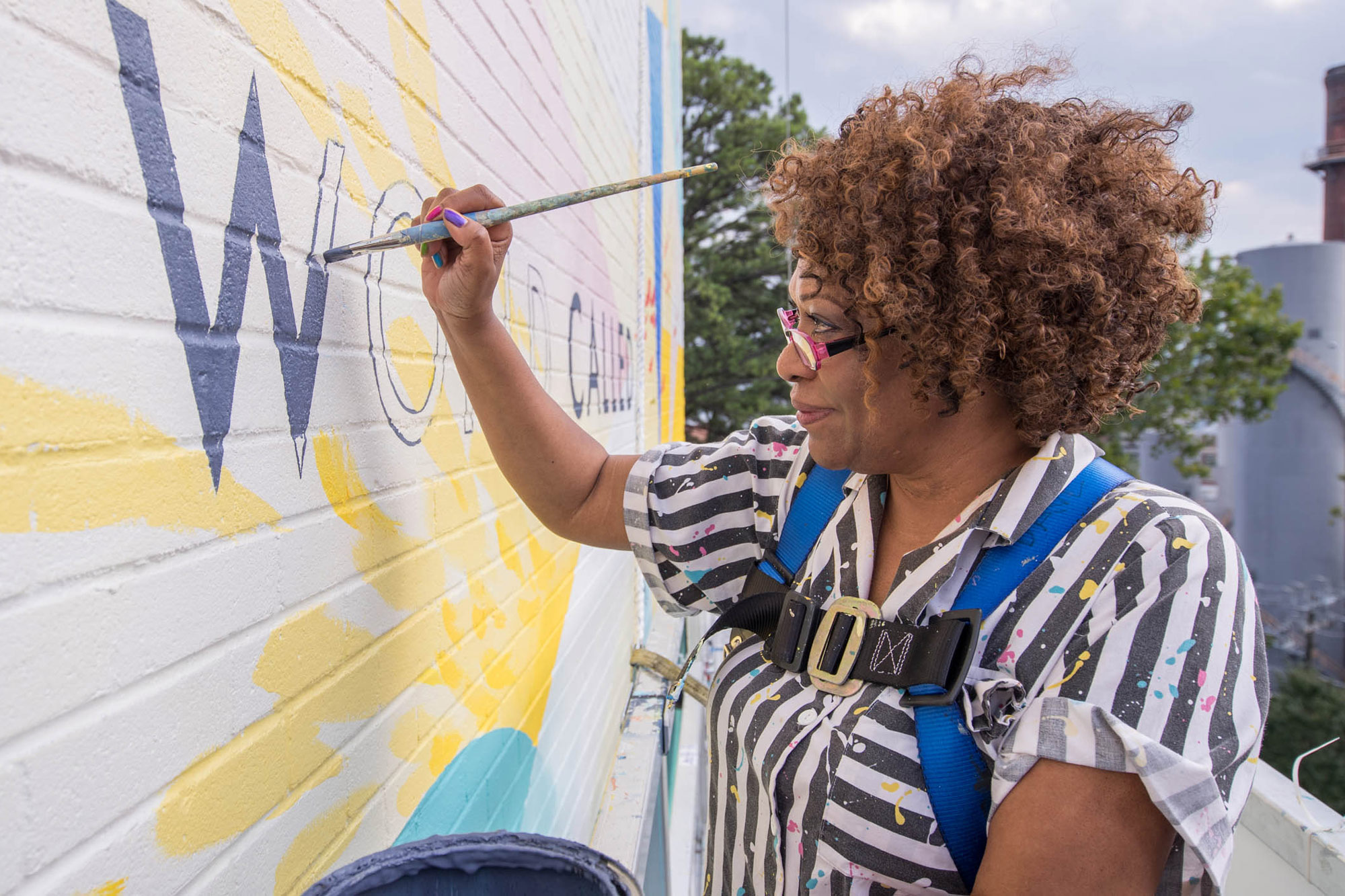 Guinn, who has created more than 35 murals around the world, decided to use bright colors and abstract shapes to capture the exuberance, optimism and anticipation in Dove’s poem. After planning and sketching out the mural, he spent several weeks this summer painting the side of the hotel, enduring hot and humid days to bring the mural to life before students returned to Grounds.

Dove, who was U.S. Poet Laureate from 1993 to 1995 and Poet Laureate of the Commonwealth of Virginia from 2004 to 2006, has served on UVA’s faculty for more than 20 years. She has won numerous lifetime achievement awards and two presidential medals, holds 25 honorary doctorates, has published more than 15 books and has been part of numerous musical collaborations and audiovisual productions.