Poetry was inscribed on clay tablets 5,000 years ago, has been a common element of cultures around the world and …

Your Guide to the 2021 Virginia Film Festival, Starting Wednesday

Poetry was inscribed on clay tablets 5,000 years ago, has been a common element of cultures around the world and today is enjoying a resurgence on social media. It’s also getting an elevated focus at the University of Virginia through the new Center for Poetry and Poetics.

“People were making up poems even before the invention of writing,” said the center’s director, Jahan Ramazani, University Professor and Edgar F. Shannon Professor of English. For its debut, the center will host a symposium, “What is a Poem?” free and open to the public, on Friday in the Rotunda Dome Room.

“Remarkably, poetry still has a vigorous presence in our time, if often unrecognized,” said Ramazani, who has published several books on the genre, including a new book he edited, “The Cambridge Companion to Postcolonial Poetry,” the first collection of essays to explore postcolonial poetry in English around the world through a wide range of critical approaches.

“The word ‘poetry’ comes from an ancient Greek word meaning ‘to create’ or ‘to make,’ suggesting the centrality of poetry to human creativity and expression,” he said.

A poem can be shared easily in a variety of ways, he said, including on the Internet, even if readers don’t know much about it. One ancient poet who often turns up on Facebook, for example, is Rumi, a 13th-century Persian Islamic scholar and Sufi mystic popular for his aphoristic writing, such as this poem:

It is rain that

In 2011, the Barnes and Noble College Facebook community commemorated National Poetry Month – April – by posting a group poem on its Facebook wall, apparently a world record.

Ramazani said people turn to poetry at momentous times and for rituals. “When someone dies, when we fall in love, when people get married – at such crucial moments of heightened feeling, we often turn to the compressed, memorable and vivid language of poetry.” 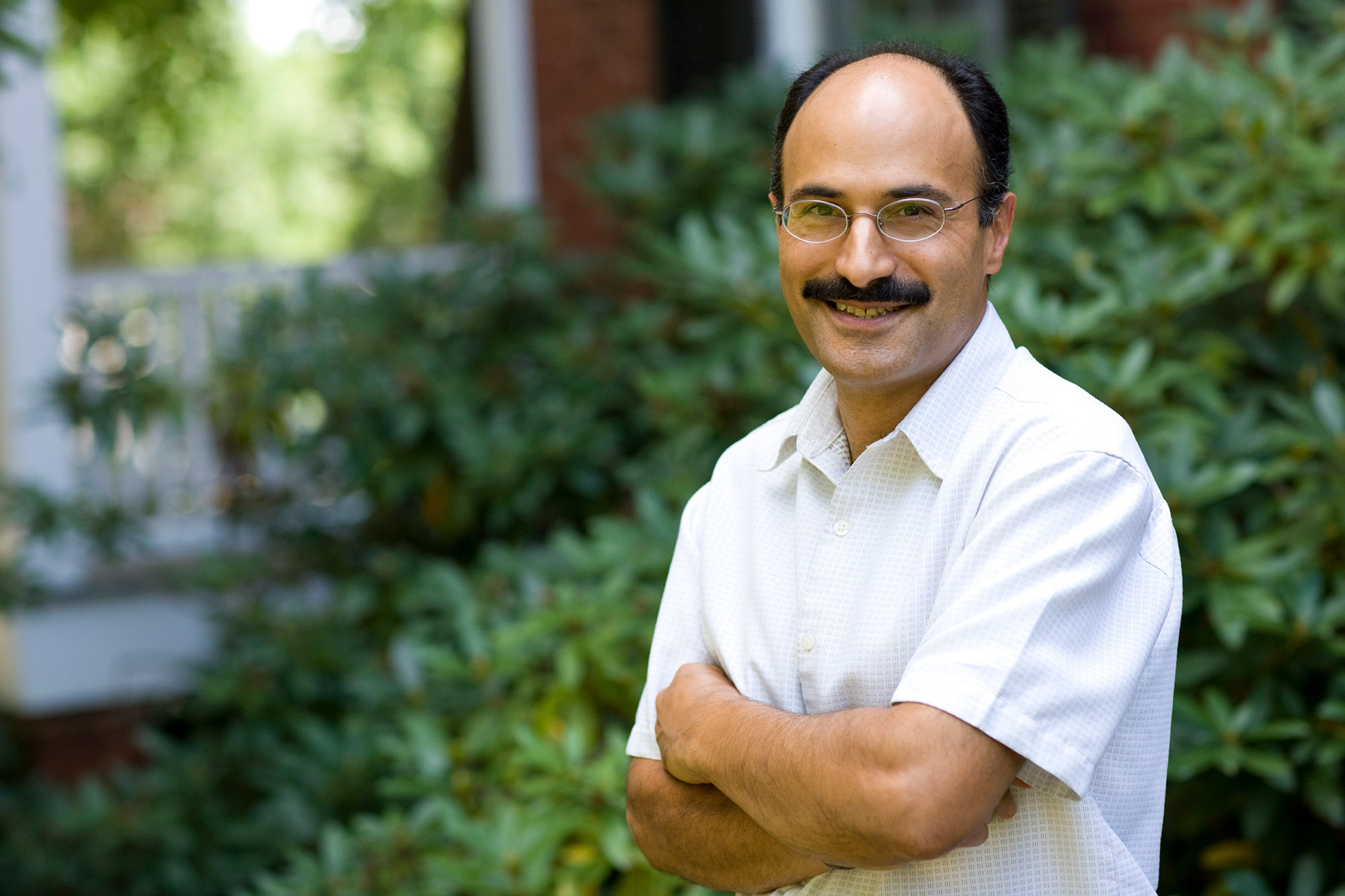 War is another time when writers and readers seek to understand difficult experiences through poetry. The English poet Wilfred Owen, who died in World War I, is one of the most well-known for revealing the horrors of warfare. And after 9-11, W.H. Auden’s poem “September 1, 1939,” which he wrote at the start of World War II, was re-circulated.

Why does poetry endure and how does it change over time? The symposium will explore such questions and more, including the puzzler, “Is a poem more like a song or a shipping container?” which refers to one of the panel discussions.

Ramazani, who has also published the book “Poetry and Its Others: News, Prayer, Song, and the Dialogue of Genres,” is interested in poetry’s complex relations with song. Musician Bob Dylan’s status as the latest winner of the Nobel Prize for Poetry shows that poetry and song are “cousins,” he said.

Poet and literary critic Stephen Burt from Harvard University, one of the symposium guests, will talk about poetry with the “shipping container” metaphor. For all the speakers, including Don Share, editor of Poetry, one of the oldest journals in the U.S., and UVA professor and former U.S. Poet Laureate Rita Dove, see the full schedule.

“The College and Graduate School of Arts & Sciences and this University take pride in the Department of English’s longstanding reputation as one of the premier departments in the country dedicated to the inspirational properties of literature and language,” said Ian Baucom, Buckner W. Clay Dean of Arts & Sciences.

The center will build on and enhance these strengths, Ramazani said. English faculty have edited major anthologies of poetry and published top award-winning volumes of poetry.

“Unusual at UVA is the creation simultaneously of cutting-edge research, which shapes the future of poetry studies, and of anthologies, encyclopedias, poetry manuals and digital tools, which disseminate these insights to a broad student population and general readership,” he said.

“By drawing together the energies of a number of faculty and graduate students, the center aspires to become an incubator of both field-defining scholarly works and of synthetic works that shape the teaching of poetry for decades to come,” he said.

Ramazani also plans to reach out to other UVA departments, such as French, German, Classics, Spanish and Middle Eastern and South Asian Languages and Cultures, engaging scholars of poetry who seldom have opportunities to discuss shared questions about the form and nature of poetry. “Invigorating the teaching of poetry at the University – how it works, why it matters, how it changes across time and cultures – is one of the foremost aims of the center,” Ramazani said.

“In this global age,” Baucom added, “the University is uniquely qualified to serve as the home for the Center for Poetry and Poetics.”