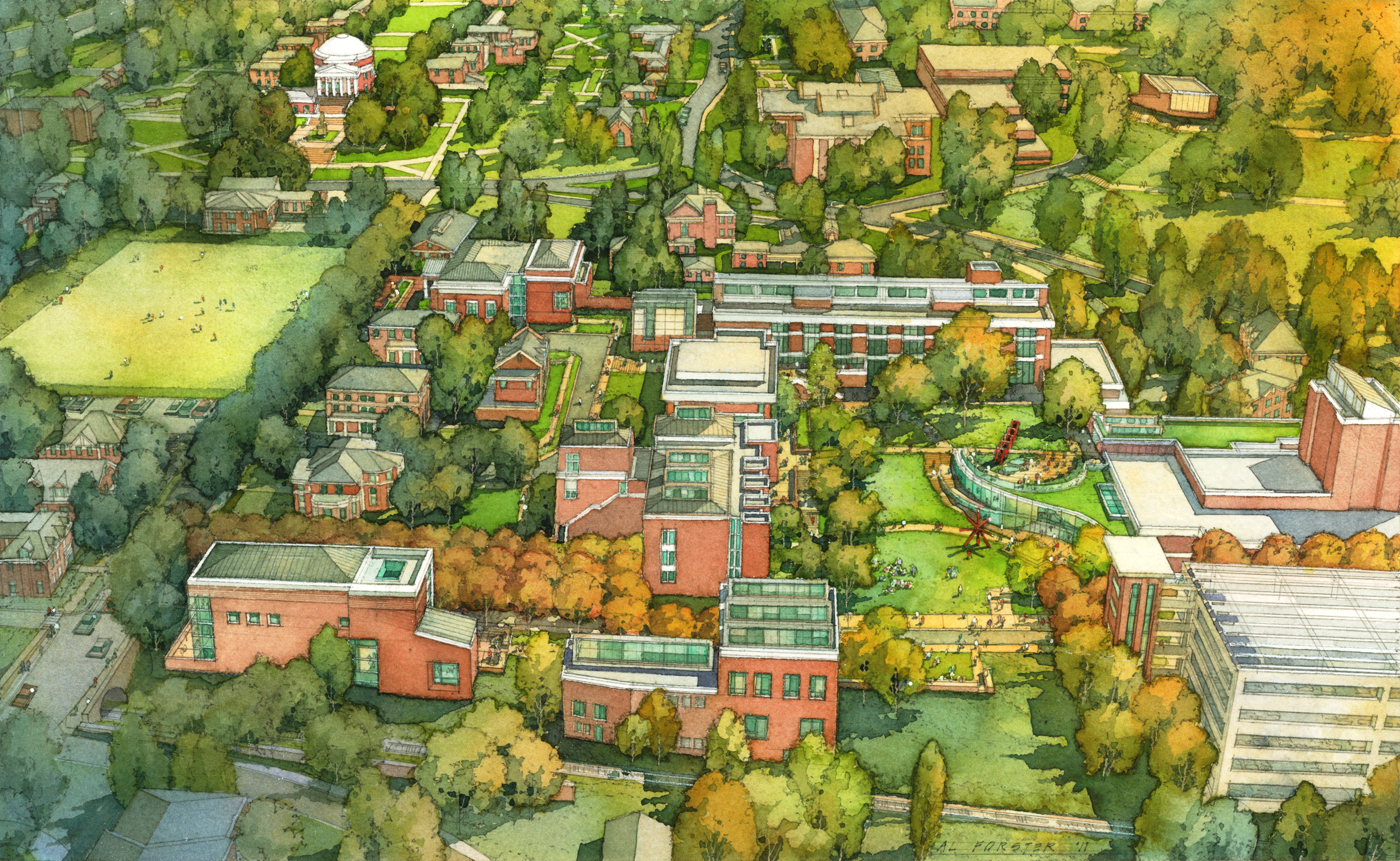 A rendering of the Arts Grounds at UVA.

In April 2010, the University of Virginia Board of Visitors adopted a resolution naming the arts precinct at the University the Betsy and John Casteen Arts Grounds. The naming honors John Casteen, who stepped down after 20 years as UVA President, and his wife. Casteen made the Arts a priority during his tenure, and, under his leadership, the Arts Grounds grew to comprise new and renovated facilities, including:

•    a restored Fayerweather Hall for the Art History program;
•    a renovated and expanded Campbell Hall for the School of Architecture;
•    renovated galleries in the Bayly Building for The Fralin Museum of Art;
•    Ruffin Hall for Studio Art;
•    the Culbreth Road parking garage serving Arts Grounds

The Campaign for the University of Virginia launched in September 2006. The purpose of the campaign was to fulfill Jefferson’s vision in our own time and to secure for the University a permanent position among the top universities in the nation and the world. With the help of our generous supporters, the campaign exceeded the $3 billion goal.

During the campaign, more than $38 million of the private gifts made to arts priorities went toward capital projects. The Drama Building’s stunning new 300-seat thrust Ruth Caplin Theatre, which opened in the spring of 2013, was the latest in a string of expansions, renovations, and new construction on the Arts Grounds. Other projects included the new Ruffin Hall (studio art) and Hunter Smith Band Building, plus renovation and/or expansion of Fayerweather Hall (houses the McIntire Department of Art), Campbell Hall (School of Architecture), and the Bayly Building (The Fralin Museum of Art). Together, arts-related capital projects resulted in more than 90,000 square feet of added academic or exhibition space, plus a new parking garage on Culbreth Road serving the Arts Grounds. 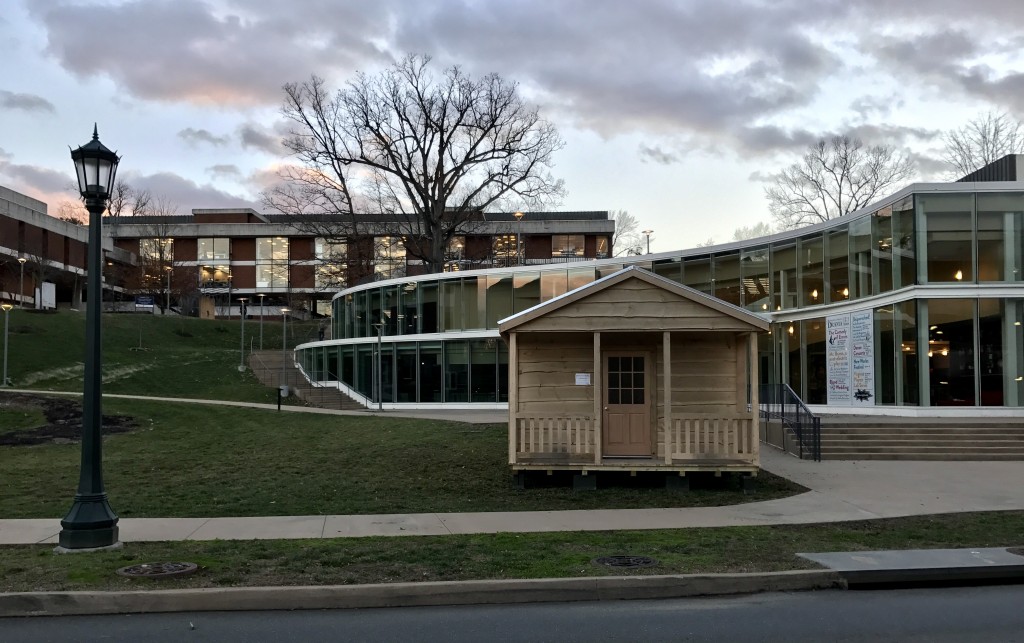 Located in the middle of the Betsy and John Casteen Arts Grounds, the Arts Commons is shared space among all those located close by. At the present, you will find Mark Dion’s Virginia Curiosity Shop, which was created by UVA students, faculty & staff under Dion’s leadership. 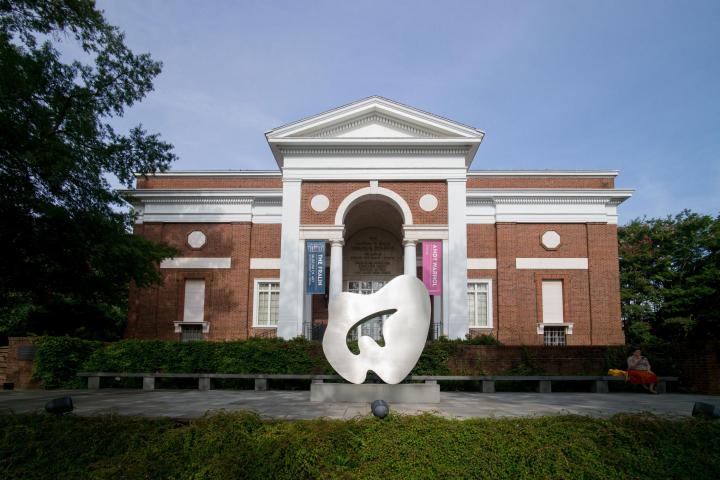 The Fralin Museum of Art

The Fralin Museum of Art at the University of Virginia encourages the spirit of curiosity and promotes diversity of thought through the study, care, and celebration of art. 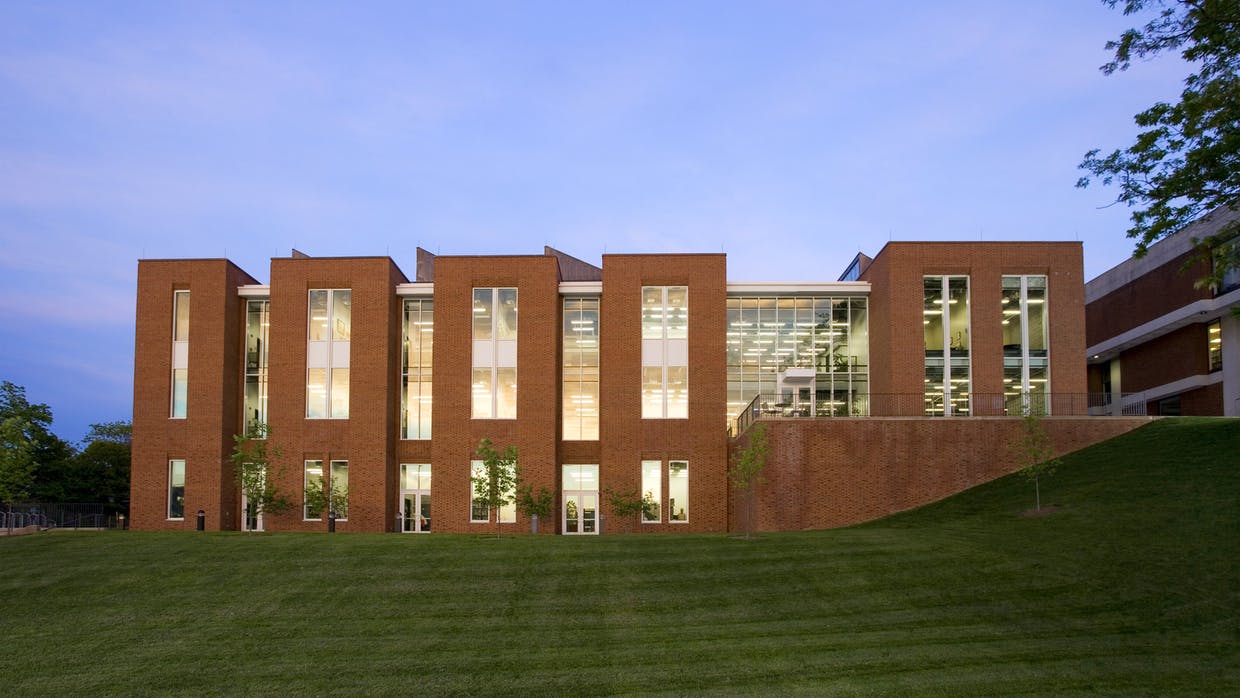 Home to the Department of Art‘s Studio Art program, the new three-story facility helps the program meet the growing demand for its courses and unites all of the studio program’s classrooms and faculty offices under one roof. 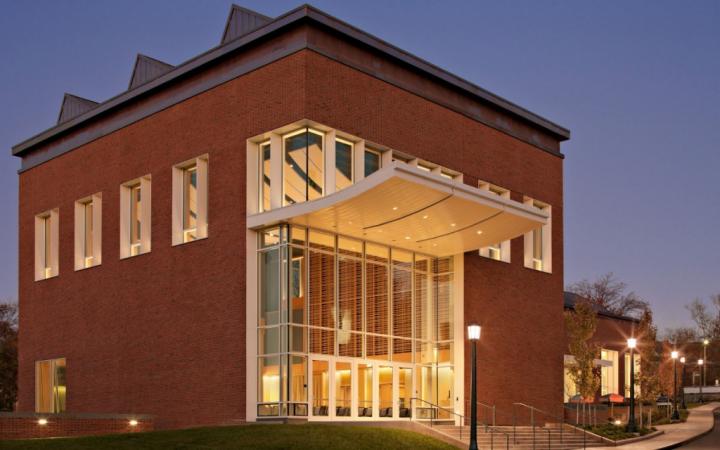 Two levels of rehearsal halls, practice rooms, instrument and uniform storage, and offices make up this bright, streamlined building that hosts the Cavalier Marching Band, as well as the basketball band, the Olympic sports ensemble, the wind ensemble and the concert band. 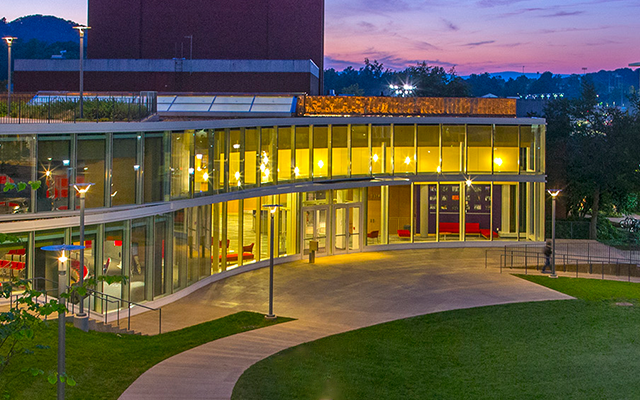 Drama & Dance Students at UVA can pursue their degrees in a state-of-the-art theatre complex, which includes the 520-seat Culbreth Theatre with proscenium stage, the flexible 160 to 200-seat Helms Theatre, the brand-new 300-seat Ruth Caplin Theatre, a thrust theatre.

The McIntire Department of Art, which includes the undergraduate and graduate programs in art history, is housed in Fayerweather Hall. Originally constructed as Fayerweather Gymnasium, the building was designed in 1892-94 by Norfolk architect John Kevan Peebles (Col 1890) and James R. Carpenter. Discover the History > 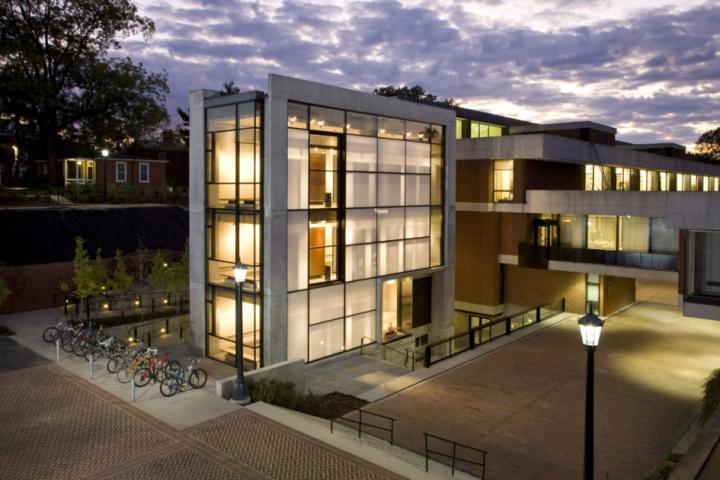 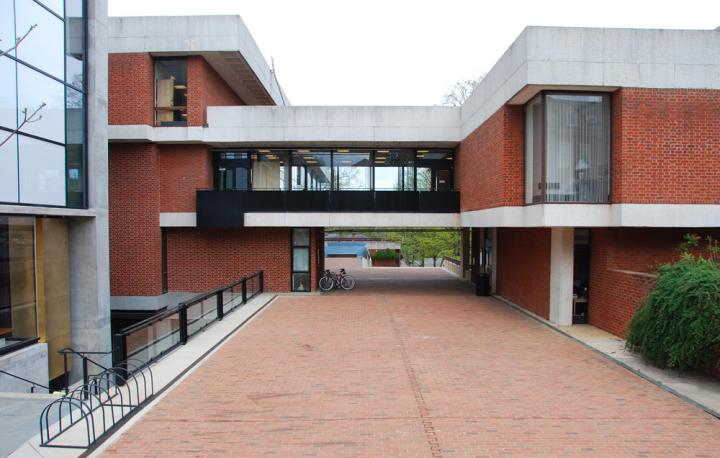 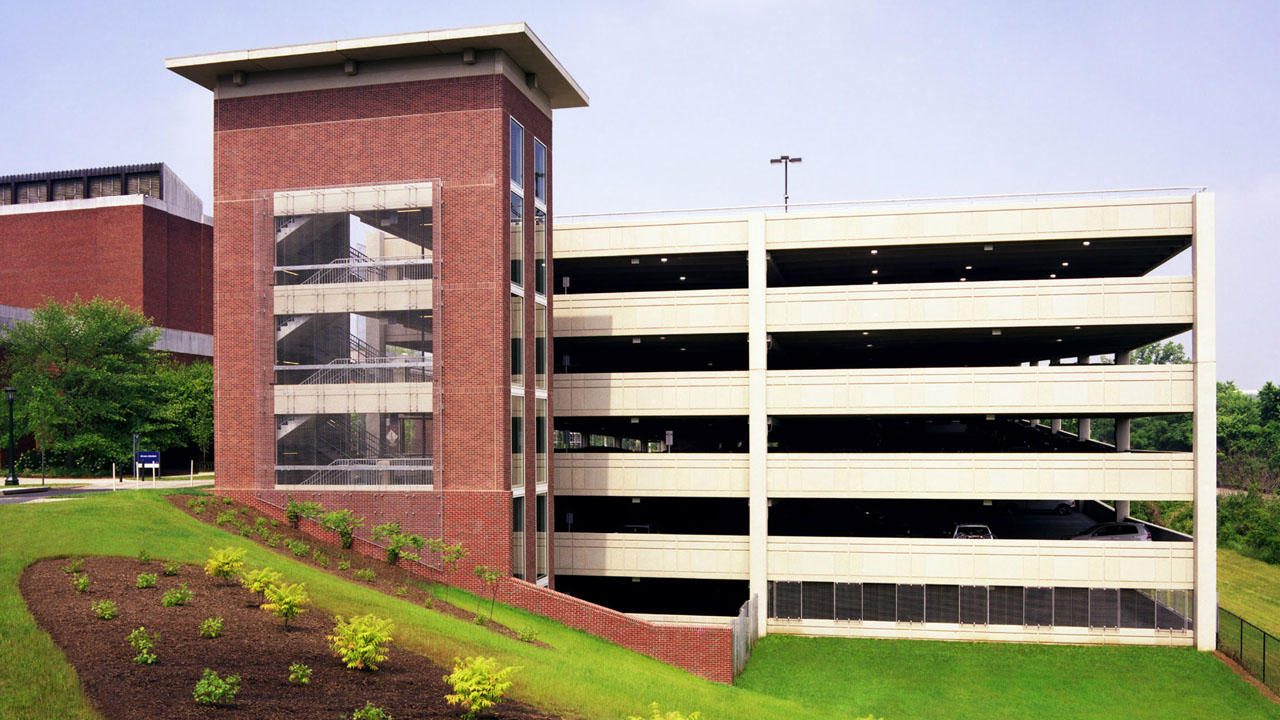 The Culbreth Road Garage, located in the Arts Grounds at 130 Culbreth Road, is available for specific day permit holders and hourly visitor parking. Hourly parking may be paid with cash, card, or via the ParkMobile app. This garage is an ideal location for guests visiting the School of Architecture, Culbreth Theater, Madison Hall, the Art Museum, and is also a short walk from Central Grounds. UVA Parking & Transportation Information Here >