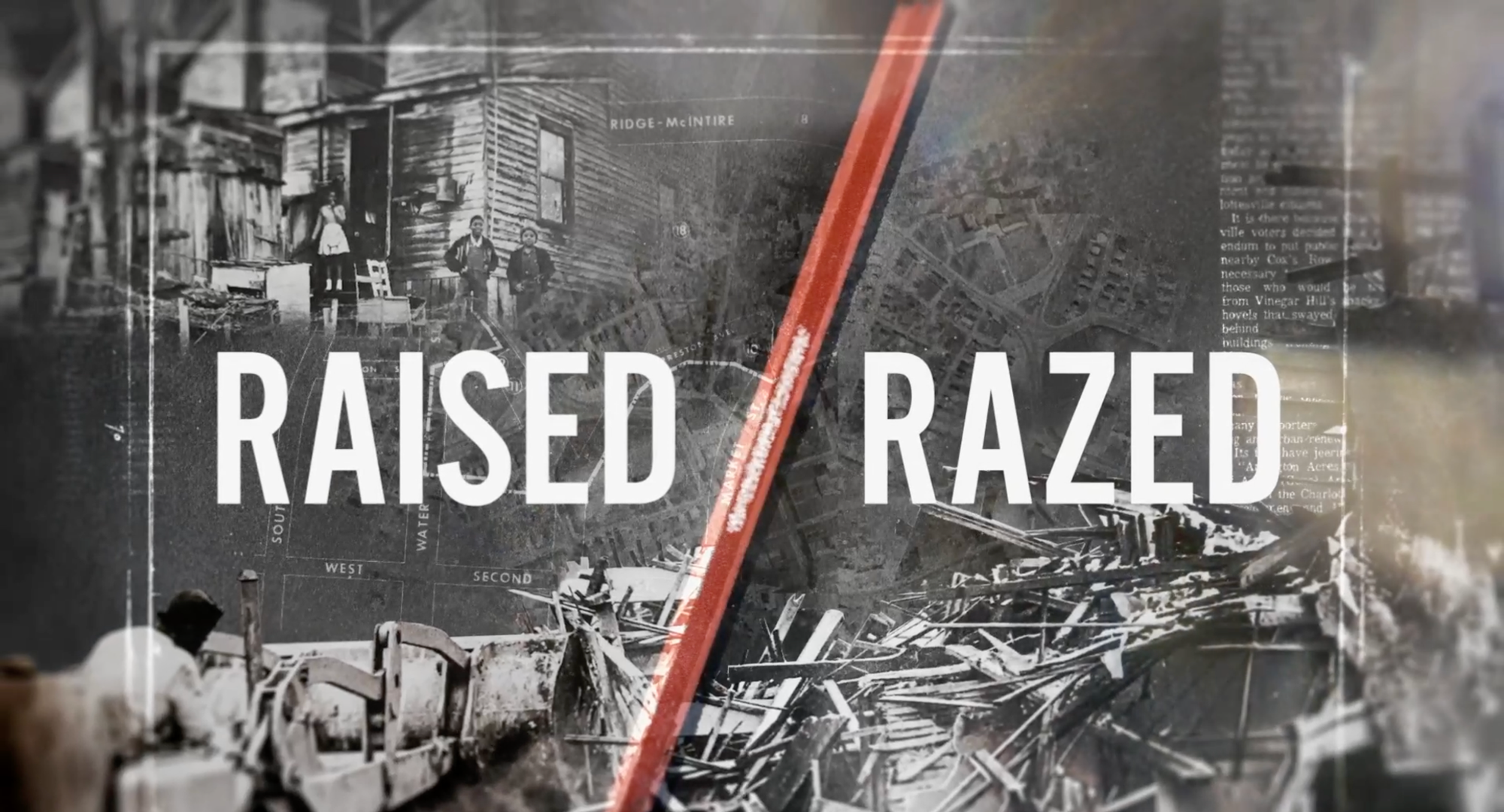 Lorenzo Dickerson and Jordy Yager proudly present Raised/Razed, a documentary film about the life and destruction of Vinegar Hill, one of the oldest African American neighborhoods in Charlottesville, Va.

Raised/Razed, a Maupintown Media production in association with VPM, dives deep into the lives of Vinegar Hill families. Over the course of a century, they built a thriving community center of economic, cultural, spiritual, and political life, while facing generations of racially discriminatory policies at every level and a city government that viewed them as the only thing between it and progress.

The film sheds a personal light on the abundance of life and experience in Vinegar Hill, as well as the generational consequences that occurred as a result of its destruction.

“As a kid, I grew up in Charlottesville spending time in what is the former Vinegar Hill neighborhood, riding my bike down Main Street and spending time at my uncle and aunt's store in the 1990s, which was next door to the former Ingeʼs Store space,” said Lorenzo Dickerson, co-writer and co-director of Raised/Razed. “But until I got older and stopped, looked and began to ask questions, I never knew the real history, the backdrop of the space which was once Vinegar Hill. I hope this film encourages people to stop and ask those questions about the places in which they live, visit and spend their time.”

The goal of this documentary is to bring greater awareness to the lives of people displaced by Urban Renewal and the painful legacy it has left for their families.

“I hope this film encourages people, organizations, and governments to look seriously at what it would take to reckon with the history of Vinegar Hillʼs destruction, and put into action the ideals of fairness, democracy and justice that we, as a people, espouse,” said Jordy Yager, co-writer and co-director of Raised/Razed. “With the research weʼve collected for Raised/Razed, we now have all the material we need to begin this reckoning in Charlottesville—we know exactly what was taken, who it was taken from, who took it, and the immediate and compounded impacts it has had.”

The film features the voices of former Vinegar Hill residents, as well as their descendants, in addition to historical experts on the topics of Urban Renewal and the African American history of Charlottesville, Va.

“Vinegar Hill let you know that you are important,” said Cynthia Jones Stratton, in an interview for Raised/Razed. “It gave you a mindset of importance and worth. So I think letting children know that place existed, and that it can exist again if you create it—you have the right and/or the responsibility to create that space for yourself and for your community—they need to know that.”

Sponsored by Maupintown Media, the Jeﬀerson School African American Heritage Center, and VPM, Raised/Razed will premiere at a special outdoor screening on Saturday, April 30th at 8PM at the historic Jeﬀerson School in Charlottesville, Va. in the heart of the cityʼs Vinegar Hill neighborhood. Tickets are available at: https://tinyurl.com/mryh3zhr

The television debut of the film is scheduled for May 12th at 9PM on VPM PBS. More information, including the trailer, is available at www.vpm.org/raised